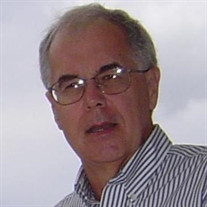 Alan Ewing Glenn, 79, recently retired Judge of the Tennessee Court of Criminal Appeals, Western Division, died unexpectedly November 4, 2021, following a heart-related illness. He is survived by his wife of 42 years, Minna, and their son, Andrew, both of Memphis. He is additionally survived by a sister, Nancy Gollobin, of Cincinnati, as well as several nieces and nephews. He was predeceased by his parents, Ruth and Ward Glenn, of Nashville. Judge Glenn was born in Nashville, Tennessee on October 3, 1942, and graduated from Montgomery Bell Academy, Vanderbilt University, and Vanderbilt Law School. Following his 1971 law school graduation, he moved to Memphis to begin working as an assistant district attorney. After eleven years with the Shelby County District Attorney’s Office, he joined the Memphis law firm of Evans Petree. From 1986 until 1999, he taught trial advocacy at Harvard Law School, spending three weeks each year in Cambridge. In 1999, he was appointed by Governor Don Sundquist to the Tennessee Court of Criminal Appeals, Western Division, where he served faithfully until his July 1, 2021, retirement. In addition to his regular duties as a Court of Criminal Appeals Judge, he served as chair of the Judicial Ethics Committee from 2005 until 2019, drafting over a dozen ethics opinions and answering almost daily telephone calls and emails from judges across the State who sought his guidance on ethics issues. Judge Glenn had a wry sense of humor and an unassuming, highly approachable manner. When telephone calls came into his chambers, he frequently picked up the line before his law clerks or administrative assistant could answer, always responding with a friendly “This is Alan.” He was equally friendly in person, always ready to answer questions and provide support to new Judges on the Court of Criminal Appeals, his own law clerks, and the law clerks of his fellow judges. He especially enjoyed performing marriage ceremonies, officiating at the weddings of a number of young couples over his years as a judge. Many of those couples remained in regular contact with him until his death. Among his hobbies were reading mystery novels and cooking. He was an avid cook who regularly shared recipes and dishes with others, including at monthly meetings of his book club. He was also a lifelong dog lover and supporter of animal rescue, sharing his home with several rescue dogs over the years. When their last dog died several years ago, he and his wife purposefully searched for a dog or dogs that would have a harder time finding a home. They eventually adopted a bonded mother-daughter pair of former street dogs, Emma and Hope. Judge Glenn served on the Board of Directors of the National Ornamental Metal Museum for over thirty years, including a term as president, served as president of the Memphis Arts in the Parks Festival, and served as vice president of Theatre Memphis. He joined Idlewild Presbyterian Church in 1999. He engaged in several Sunday school courses over the years, including the Timothy and Faith & Function Classes, and was also a faithful member of the Hospitality team for thirteen years beginning in 2009. He was ordained as a deacon in 2010 and served as a deacon in the class of 2012 and the class of 2018. A memorial service will be held at 11:00 am Thursday November 11, 2021 at Idlewild Presbyterian Church with a reception to follow. The family asks that any memorials be sent to Idlewild Presbyterian Church at 1750 Union Ave., Memphis, TN 38104-6144, or to a charity of the donor’s choice.

The family of Judge Alan Ewing Glenn created this Life Tributes page to make it easy to share your memories.

Send flowers to the Glenn family.