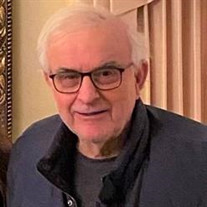 Anthony Mark Canepa died on March 14, 2021 at 7:05pm surrounded by his family. Anthony was born November 25, 1941, in Memphis, Tennessee to Estherina and Antonio Canepa. He graduated from Christian Brothers High School and Arkansas State University with a Bachelor of Science in Business Administration and was a distinguished military graduate. He served as the President of Scabbard and Blade, a military honorary society. Upon graduation, he received a military commission as an Officer in the United States Army and served in Texas, Oklahoma, and as a decorated officer in Vietnam and Germany. He received his Masters of Business Administration from Memphis State University. Anthony proudly served as an Officer in the Medical Service Corps while in Vietnam where his unit served the Hmong people and Special Forces wounded in combat. While serving our country, he received the Bronze Star Medal for Meritorious Achievement in Ground Operations against Hostile Forces and the Army Commendation Medal for Meritorious Service in Europe. His final service was as a Captain in the Berlin Brigade and he was designated a Guardian of Berlin's Freedom. After returning to civilian life, he served in various medical administrative leadership roles including 20 years with the University of Tennessee as Business Manager for Anesthesiology and other departments. Anthony was an avid runner and an active member of the Memphis Hightailers Bicycle Club for many years and served as President in 1991. He was proud of completing several Bike Rides Across Tennessee. He was a member of the Memphis Sport Shooting Association where he enjoyed trap and skeet shooting with his grandson. He was also a member of the National Skeet Shooting Association. Spending time with his grandson was a highlight of his life. Tony, as his friends and family knew him, could tell a joke that brought great laughter to everyone. His sense of humor could brighten anyone’s day. Mr. Canepa is preceded in death by his parents and his brother, John Canepa. He is survived by his wife, Diane, his daughter Branden Elaine, his grandson, Anthony, and his sister, Gloria Craft. Donations in lieu of flowers may be made to the Cathedral of the Immaculate Conception or the Wounded Warriors Project at www.woundedwarriorproject.org The funeral Mass will be held at the Cathedral of the Immaculate Conception at 1695 Central Avenue in Memphis Tennessee at 1:30pm on Tuesday, March 23, 2021 followed by burial at Calvary Cemetery. Visitation begins at the Cathedral at 12:30 prior to the Mass. The Mass will be live streamed on Facebook at www.facebook.com/iccathedral during the service and available for three days for those unable to attend.

The family of Anthony Mark Canepa created this Life Tributes page to make it easy to share your memories.

Send flowers to the Canepa family.