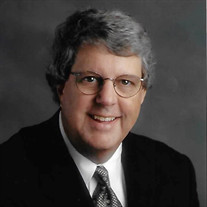 Dr. Arthur J. Sutherland Ill was born on November 8, 1938 in Nashville, TN. to Arthur J. Sutherland, Jr. MD and Grace Sutherland, RN. He grew up in Nashville and received his BA degree from Vanderbilt University and then attended medical school in Memphis at the University of Tennessee, graduating in 1963. He was a member of the Alpha Omega Honor Medical Society his senior year and interned at the Hospital at the University of Pennsylvania. From 1965-67 he served as a Lieutenant in the US Naval Medical Corps at the Memphis Naval Air Station in Millington. After his post graduate residency at John Gaston and UTHSC, he joined the practice of Stern, Salky and Holloway for one year and then had the opportunity in 1972 to build the cardiac laboratories at Methodist Central Hospital. Dr. Sutherland started his own practice which was known as Cardiology Consultants of Memphis, later renamed The Sutherland Cardiology Clinic. He was board certified in Internal Medicine and also Cardiovascular Disease by the American Board of Internal Medicine. He was Chief of Cardiology at Methodist Hospitals from 1972- 1988, where he served as the Director of the Cardiac Lab and Cardiology Teaching Service. He served as President of the Medical Staff in 1995, the Chief of Staff in 1977 and on the Methodist Healthcare Foundation Board from 2002-2008. Art was a living recipient of the Methodist Foundation Living Awards in 2002. He also worked with the National YMCA task force on Wellness with the American Heart Association. Dr. Sutherland retired from practice in 2004 to begin a new career in public health advocacy. He was one of the founding Members of the Healthy Memphis Common Table focusing on obesity and diabetes prevention. He accepted the TN Medical Association Distinguished Service Award in 2006 on behalf of the HMCT for their work in community preventive medicine. He also worked with the Church Health Center and was the CHC Volunteer Physician of the Year in 2003. He was a member of both the Tennessee and the American Public Health Associations, and an active member of PNHP, Physicians for A National Health Program. He was a champion of health care for all, and was active with St. Peter's Catholic Church, St. Patrick's Catholic Church, The Episcopal Church of the Holy Communion, and Memphis School of Servant Leadership. Art was an avid fisherman, bird hunter, tennis player, biker, and golfer. He loved to travel and had the biggest kindest heart. He was a former member (and president) of The University Club of Memphis, and an active member of The Memphis Country Club. He is survived by his wife of eighteen years, Jeanne Jacobs Sutherland and his children: Arthur Sutherland IV (Dana) of Memphis, Kathryn Manning Sutherland of Denver CO, and Andrew Sutherland (Meg) of Macon GA. He leaves seven grandchildren: Emory Grace Sutherland, Caroline Sutherland, Drew Sutherland, Jaden Sutherland, Robyn Ladd, Madalyn Lichterman and Katie Lichterman. He is also survived by his sister Dr. Mickey Pennington (Joe) and brother Pete Sutherland (Patricia). He was preceded in death by his first wife Theresa Bervotes Sutherland, his infant son James Patrick Sutherland, his brother Charles Sutherland, and his sister Mildred Long. A celebration of his life will beheld at Church of the Holy Communion on Thursday, October 21 at 11:00 am with a reception to follow in the Memorial Garden. The family requests memorials be sent to The Church Health Center, The Tennessee Heart Health Network, MIFA, or the Church of the Holy Communion.

The family of Dr. Arthur Joseph Sutherland III created this Life Tributes page to make it easy to share your memories.

Send flowers to the Sutherland family.