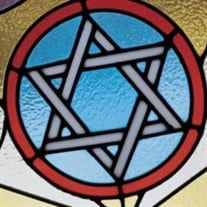 Barbara Kaye Wilcox Ginsberg was born on July 23, 1940 to Dorothy & Gordon Wilcox in Grand Rapids, MI. The family traveled extensively throughout the eastern U.S. in Barbara’s youth, striving – and achieving – secure, fruitful sustenance in the shadow of the Great Depression, landing in Knoxville, TN where Barbara attended college at UT. There she met the dashing, bon vivant Army Captain, David Ginsberg, who courted her assiduously. They were married and went on to have three children: Gordon, Michael (“Mike”), and Amy. Barbara kept the family running while David advanced in his military career. This entailed further travels in the States, then overseas upon David’s retirement, eventually settling in Memphis, TN. All through the family’s travels, Barbara served as an efficient officer’s spouse, hosting luncheons, bridge games, suppers, cocktail parties and more. She was a reliable support and confidante to countless military spouses along the way. Throughout and after David’s service, Barbara’s kitchen table was virtually a non-stop salon: friends, relatives, or neighbors popping in at all hours for strong coffee and stimulating conversation, and an enormous serving of her unceasing humor and wit. Her inquisitiveness and intellect manifest conspicuously in those countless relationships and conversations. They were also revealed through observation of her armchair and bedside tables, where an abundance of books, periodicals, and CDs resided reflecting an astounding array and depth of subject matter in the sciences, arts, philosophy, anthropology, sociology, and literature. Barbara generously shared these among family and friends, eagerly anticipating the fruits of the inspired conversations that would follow. Barbara had a reflexive empathic streak and was always on call to listen, then offering counsel, if asked. Alongside her duties as Army spouse, family rock, and calm-presence-in-the-occasional-storm, Barbara completed her Psychology studies at Memphis State University and held several service positions in retail. She concluded her work life, before finally retiring, as a Guest Relations Specialist at Germantown Community Center, where she – of course – informally held court for conversation and advice to any who sought. Barbara was a loving and doting grandmother, supporting her grandchildren and great grandchildren in their individual interests and sharing with each her love of learning and books. Barbara is preceded in death by her husband David, her son Mike, and her parents. She’s survived by children Gordon (Ellen) and Amy McCaffery (Tim) and her daughter-in-law Madelyn; her grandchildren Sam Ginsberg (Laura), Brandon Uehlein (Amanda), Kerry Roberts (Robbie), Jessica Ginsberg (Joseph Hunt), Kyle McCaffery, and Katherine McCaffery; and great-grandchildren Baylor, Caleb, Piper, Leah, and Eloise. All hold her memory for a blessing and continue her legacy of kindness, generosity, caring, compassion, wit, and grace. A graveside funeral will be held at the Temple Israel Cemetery, 1708 Hernando Road, Memphis, Tennessee 38106, on Friday, September 24, 2021, at 11:00 am. The service will be streamed live at https://timemphis.org/watch-live/ The family requests, in lieu of flowers, that those desiring to honor Barbara’s vivacious memory donate to the foundation established in Mike’s name to benefit education opportunities for needy rural youth. Michael Ginsberg Memorial Endowment Pope County Community Foundation PO Box 663 Russellville, AR 72811 arcf.org/Ginsberg

The family of Barbara Wilcox Ginsberg created this Life Tributes page to make it easy to share your memories.

Send flowers to the Ginsberg family.