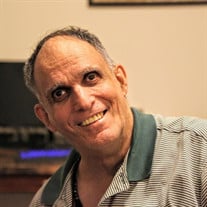 Barton Segal Oxford, MS – Barton Segal December 6, 1949-November 16, 2021 Barton Segal of Oxford, Mississippi died on Tuesday, November 16, 2021 at Oxford Rehabilitation and Health Center from complications related to Covid-19. Barton is survived by his siblings, Gordon Segal of the Dominican Republic, Robbie Segal and his wife Sally Segal of Memphis, Tennessee, Rana Segal Rochat and her husband Philippe Rochat of Atlanta, and his nieces and nephews, Carey Channing and her husband Zach Channing of Fort Lauderdale, Cleo Rochat of Nashville, and Pablo Rochat of Atlanta. Barton was born on December 6, 1949 in Memphis to Maurice and Renee Segal. He was their first child. Barton was a graduate of Christian Brothers High School and Christian Brothers University in Memphis. As a little boy, Barton was curious about the world around him. While his two brothers were getting into mischief in the neighborhood, Barton was collecting and organizing bugs and rocks by day, while gazing at the stars at night with his starter telescope. Bartonʼs true love was motion pictures. His encyclopedic knowledge of films, their dates, directors, actors, and the theatres where he first saw films was remarkable. His collection of VHS, DVD, and Blu Ray editions of movies was second to none, particularly his curated selection of films in the Science-Fiction and Horror genres. Barton naturally found employment at movie theatres, first at Fare 4 Theatre in Memphis and then in 1976 at Ron Shapiroʼs legendary literary hangout for writers like Barry Hannah and Willie Morris, The Hoka Theatre in Oxford, where Barton booked the films, ran the ticket office, and was the projectionist. The cinema brought what should have been out of reach films like Fitzcarraldo, 1900, and Pulp Fiction to the hamlet and also supplied it with live music by traveling acts like The Tangents, Bobby Rush, and Neurosis that seasoned the local culture and helped create bands like The Hilltops, The Kudzu Kings, and The Cooters. Barton remained in Oxford after the Hoka closed in 1996 and continued to be a fixture in the community. In 2003, he helped establish the Oxford Film Festival, which in its early years had a Barton Block that consisted of his approved films in competition or bygone and overlooked movies that he felt deserved to be seen on a big screen. He was also a film actor. When not screening or watching movies, Barton liked to participate in the annual Mid-South Conference in Memphis and dine with friends at Chinese restaurants and delicatessens. He was a master of reading fine print and amassed a treasure-trove of hard-to-get goods because of it. He was always ready to tell a dry joke or wild account from one of his adventures that could make you laugh or blush. No matter what you thought, there was no denying that Barton Segal was unforgettable. Memorials in Barton Segalʼs memory may be made to the Oxford Film Festival. Services will be held at 10am. Friday, November 19, 2021 at Beth Sholom Cemetery.

The family of Barton Segal created this Life Tributes page to make it easy to share your memories.

Send flowers to the Segal family.