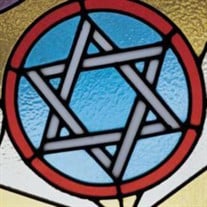 Bess Rozen Lubin, was the daughter of emigrants who escaped from Russia to the United States in the early 1900s following a period of Pogroms where Jews were murdered. Her parents, Sam and Rose Rozen eventually settled in Kentucky where Sam used his tailoring skills to support his family. It was difficult to support a growing family and Sam and Rose instilled a strong work ethic in their children and involved them in the family business. In 1920, Sam and Rose had their 3rd of 4 children, Bess. At a young age, Bess played an important role in the family business, a clothing store in Lawrenceburg, Kentucky. The development of a strong work ethic at a young age helped to define Bess and it would be an important asset in dealing with some of the adversity that she would face later in life. Another trait that helped to define Bess was her independence and desire for adventure. Late during the War, she made a decision to move from the small town of Lawrenceburg, Ky to New York City. She used her experience in the family business to establish a career in the fashion industry. She did not limit her adventures to New York. During a visit to Memphis, TN she met Irving Lubin, who became the love of her life and, eventually, the father of the family’s two children, Alan and Sanford. Bess and Irving gave their children the gift of two close families and instilled its importance in their lives. In the early 1960s, husband Irving had a major coronary and died at the age of 45, leaving Bess, with her heart broken, to raise two sons and at the same time, work to support the family. She faced this difficult period with great strength, courage, and determination. She eventually established a career in the travel industry and enjoyed many adventures that took her across the globe. And Bess not only handled the family finances as a single parent, but she gave an incredible gift to both of her children. She realized the importance of education and made certain that Alan was able to complete college and law school at the University of Memphis and that Sanford attended CBHS and then college and an MBA at the University of Virginia. Bess had so many good, close friends that enriched her life and kept her active for so many years. Her son Sanford shared, “Mother, a part of you will remain in the hearts and thoughts and love of so many. “May your spirit rest in peace now together again with three of the loves of your life- your son, Alan, and your younger brother Morris, and your husband, Irv along with other close friends and family members whose spirits you are now reunited with. “I love you mother, you have fought an heroic battle as your body failed you during the recent past years. You now deserve a peaceful rest surrounded by our love, our prayers for you and with you, and our memories.”

Bess Rozen Lubin, was the daughter of emigrants who escaped from Russia to the United States in the early 1900s following a period of Pogroms where Jews were murdered. Her parents, Sam and Rose Rozen eventually settled in Kentucky where Sam... View Obituary & Service Information

The family of Bess Rozen Lubin created this Life Tributes page to make it easy to share your memories.

Bess Rozen Lubin, was the daughter of emigrants who escaped from...

Send flowers to the Lubin family.