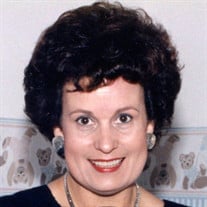 Betty Gholson Tate, 84, passed away on February 22, 2021 surrounded by her children. She was born in Clarksville, TN on April 25, 1936 to Dr. John A. Gholson and Mrs. Elizabeth Fussell Gholson. After graduating from Clarksville High School, where she was Homecoming Queen and a Girls’ State Representative and Lieutenant Governor, Betty attended Randolph Macon College for Women, and later graduated from The University of Tennessee Knoxville with a degree in Education. She was a proud member of Kappa Delta Sorority. A proponent of education, Betty taught in the Memphis City Schools and the Williamson County Schools in Middle Tennessee. An avid University of Tennessee sports fan, she was a cofounder of EDU Care, an early childhood development program. Mrs. Tate was a member of LeBonheur Club, and a volunteer for the Woman’s Exchange of Memphis. A voracious reader, Betty belonged to several book clubs throughout her years. Betty is proceeded in death by her parents and her beloved husband, Joseph Harvey Tate. She is survived by her children, Lisa Murphey Blakley (Al) of Knoxville, Laurie Murphey Thornton of Memphis, and Charles Edwin (Eddie) Murphey, Jr. (Christy), also of Memphis. They are the children of the late Charles Edwin (Ed) Murphey of Memphis. Mrs. Tate is also survived by her brothers, Dr. John A. Gholson (Paula) of Nashville and Dr. Charles F. Gholson (Helen) of Knoxville. Known as Gran Gran to eight grandchildren, Allie Blakley Barry (Mac), Taylor Thornton, Adelaide Thornton, Trey Blakley (Jeannine), Whit Thornton, Mary Grace Murphey, Charlie Murphey, and Lila Belle Murphey; three great-grandchildren, Miles Carlisle, Hewitt Ricketts, and Elizabeth Keith (Libba) Barry (due to arrive in June). There will be a private church service for immediate family at St. John’s Episcopal Church. Following the service interment will be at St. John’s Episcopal Church Cemetery. In lieu of flowers, the family requests that any donations be made to the University of Tennessee Knoxville, College of Education. The family would like to extend a heartfelt thank you to those who so graciously cared for her in the past months. Especially Katrina Smith and her staff at Easy Care Living.

Betty Gholson Tate, 84, passed away on February 22, 2021 surrounded by her children. She was born in Clarksville, TN on April 25, 1936 to Dr. John A. Gholson and Mrs. Elizabeth Fussell Gholson. After graduating from Clarksville High School,... View Obituary & Service Information

The family of Betty Gholson Tate created this Life Tributes page to make it easy to share your memories.

Send flowers to the Tate family.