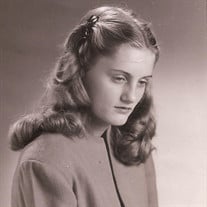 Beverly Ann (Goodwin) Sousoulas, passed away peacefully on July 31, 2021, at Jackson Madison County Hospital surrounded by loved ones. She was born in New York City New York on May 10, 1933 (a date that often coincided with Mother’s Day) to Earl Goodwin, a former state senator from Alabama and Eva Doris Stansel Goodwin (later, Antwine) of Alabama. Beverly was 88 years old. At the age of thirteen, Beverly along with her sister Betty moved with their mother and new step-father, James Maurice Antwine from New York City to Texas in the north Dallas area. During this time, she became very active in a local Baptist church — where, as she loved to remember, she had the longest string of winning the Sunday School’s distinguished award for a young believer, “one who memorized the most scriptures.” During this same time in Texas, Beverly also became very active in baton twirling with her high school band. By 1950, this passion led to another honor of distinction when, as majorette of her high school band, she led her team to win not only the national championship that year, but the world wide international championship. Fond of recounting that memory, her words: “We were number one . . . in the whole world! For that one moment, we (her band) were the very best in the whole world at what we did — can you image how that made us feel?” — words delivered with a gleam in her bright blue eyes, accompanied with a smile of such depth of peace that drew the listener into the midst of that instance. Later that year, Beverly’s family moved to Memphis, where she completed her schooling. The following year, at the age of 18, Beverly married Frank George Sousoulas, a American military man of Greek descent, who made his home in Memphis. The two of them moved to Panama under Frank’s diplomatic status, living on the American base for the next couple of years. By 1956, the two of them had since relocated to Memphis and begin their family that resulted in three sons: James (Jim) Frank Sousoulas, Earl Frank (Goodwin) Sousoulas, and Frank George Sousoulas, Jr. Over the next thirty years, Beverly became immersed in Greek culture within the greater Memphis area (becoming one of the most gracious hostesses in the Mid-South), and was an active member of Annunciation Greek Orthodox Church, including her work with the long-standing Memphis Greek Culture Food Festival. She was so involved with the church that life-long friends called her “Mrs. Greek,” citing the fact that she was at the church every time the doors were open, which was most of the time. During this time, Beverly also became very active in the Memphis arts, working with many well-known composers, dancers, musicians, and fine artists. She even attended the Memphis College of Arts, where she met her “adopted fourth son” (as she referred to him), the fine art painter, Jay Worth Allen. Her insatiable artistic endeavors spanned multiple disciplines from fine art to opera, ballet, and musical fields of all kinds, including the Memphis Symphony and Memphis Opera. This love of all things creative landed Beverly on many boards of directors as well as professional positions and affiliations for which she served, some years, others throughout her life — A brief listing of such affiliations are: Production Manager and Board of Directors for Memphis Opera Theater (University of Memphis); Vice President of Marketing for Century Management, Inc. (d/b/a McDonald’s Restaurants); Coordinator for the Memphis Host Education Program with Shelby State Community College, for which in 1986, she authored “Ask Me How To Start Something Great: Hospitality Trainers Guidebook”; in 1987, for The Shaw Group, she co-authored “… Of The People … By The People … For The People”; she also worked with the Beale Street Repertory Company Board of Director and Vice-President during 1976-1979; Memphis Symphony Guild; Tennessee Ballet; Ballet South; George Latimer Ballet Theater; Memphis Arts Council; Memphis In May Council; Memphis Cotton Carnival Council; Friends of City Beautiful Commissioner; Memphis City Beautiful Commissioner / Chairman of Publicity Committee; and many other numerous professional artistic entities and individuals. Throughout her vibrant life, Beverly suffered from diabetes and the complications that too often accompany this life-debilitating disease. So, the later fifty-plus years of Beverly’s life, she embraced her physical limitations and immersed herself in the medical community, working with UT Medical Group’s Department of Preventative Medicine as the Recruitment Director for Clinical Trials from 1987 through 1992, and, Director of the Memphis Hypertension Preventative Medicine Coalition from 1991, until her retirement in 2002. During which time, she authored/co-authored several medical publications in the field of hypertension; was on the Publicity Advisory Panel of the Memphis Kidney Foundation from 1977-1979; a founding member of the Mid-South Chapter of the United Cerebral Palsy Foundation; on the Board of Directors of the Ruth Mackey Cancer Foundation; an active Board Member of the Memphis and Tennessee Chapters of the American Diabetic Association; Board and Coalition Member of the Tennessee Diabetes Prevention and Control Programs; and, a member of the Women’s Initiative from the mid-1990s through the end of her life. Beverly is survived by her son, Frank George Sousoulas, Jr. (retired Memphis Police Lieutenant) and his wife Amy; daughter-in-law, Becky A. Sousoulas; grandchildren: Corinne Knight, Frank G. Sousoulas III, Ella B. Sousoulas, Sara James Sousoulas, and Katelyn Hailey; great grandchildren: Barrett Knight, Price Knight, and Noah Hailey; ex-daughters-in-law: Corinne Sousoulas, and Jobeth Graves; and extended family: Jay Worth Allen and Diana Leigh Allen. Beverly was predeceased by her by her sister, Betty Davis, and sons, Earl Frank Goodwin Sousoulas, and, James (Jim) Frank Sousoulas. Graveside Services will be held at Elmwood Cemetery in conjunction with Canale Funeral Directors on Thursday, August 5, 2021, at 11:00 a.m. Please contact Canale Funeral Directors for more information: (901) 452.6400.

Beverly Ann (Goodwin) Sousoulas, passed away peacefully on July 31, 2021, at Jackson Madison County Hospital surrounded by loved ones. She was born in New York City New York on May 10, 1933 (a date that often coincided with Mother&#8217;s Day)... View Obituary & Service Information

The family of Beverly Ann Goodwin Sousoulas created this Life Tributes page to make it easy to share your memories.

Send flowers to the Sousoulas family.