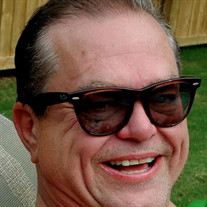 Byron Lee Burch of Memphis, Tennessee, died Friday, February 21, 2020. He was the son of the late William Brown and Joanne Magness Burch of Hughes, Arkansas. Byron Lee was born on April 15th, 1950, graduated from Hughes High School in 1968 and the University of Arkansas at Fayetteville. He obtained a degree in Business and Finance and worked in various financial institutions until retirement. While at Union Planter’s Bank, he had the vision to be one of the first lenders to extend credit to enable the revitalization of Beale Street. He also advised UP to hold onto the Master recordings of Stax Records instead of selling when the bank acquired the Stax record masters. Byron also spent time working in the film industry in Arkansas. He was a lover of music and a true scholar of America’s blues music. Byron never forgot his lifelong friends he met at his fraternity, The Fabulous Xi chapter of Kappa Sigma. He was blessed to have several brothers by him as he passed to the other side. Rest assured he is already spending time with many of his heroes such as Muddy Waters, Robert Johnson, Frank Broyles, and Levon Helm. He is sure to keep all in heaven spellbound by his storytelling abilities, especially of life in the Delta. Byron loved the Arkansas Razorbacks through thick and thin, listening to music, (especially the Delta Blues) spinning a good tale, dancing, and cooking. His greatest pleasure was spending time with his friends and grandchildren and following his grandsons’ sports activities. Survivors include his brother Barry Burch (Lonnie) of Searcy, AR, sister Blayne Burns of Memphis, daughter Anna Wunderlich (Ben) of Memphis, son Brown Burch (Betsy) of Memphis, and four grandchildren, Ben, Alex, and Bays Wunderlich and Lucille Burch. Byron also leaves a host of friends and cousins. A celebration of his life will be held at St. John’s Episcopal Church in Memphis Saturday, February 29th, 2020 at 2:00 pm. A visitation will be held in the Parish Hall at 1 pm. In lieu of flowers, Memorials may be sent to chromodisorder.org, Methodist Hospice Residence or your favorite charity.

Byron Lee Burch of Memphis, Tennessee, died Friday, February 21, 2020. He was the son of the late William Brown and Joanne Magness Burch of Hughes, Arkansas. Byron Lee was born on April 15th, 1950, graduated from Hughes High School in 1968 and... View Obituary & Service Information

The family of Byron Lee Burch created this Life Tributes page to make it easy to share your memories.

Send flowers to the Burch family.