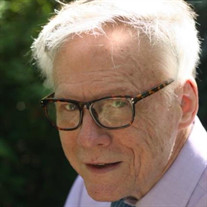 Cecil Clyde Rousseau, Jr. was born January 13, 1938 in Philadelphia, PA and died in Memphis, TN on April 10, 2020 at the age of 82, after a 12-year battle with Parkinson’s Disease. The only child of Cecil Sr. and Christine Rousseau, he spent his formative years in Port Arthur, TX. Cecil met his wife Jane while they were both in graduate school at the University of Illinois Urbana-Champaign and they married in 1965. He received his Ph.D. in Physics in 1968 from Texas A&M University. Although he was trained as a physicist, he went on to a decades-long career as a mathematician who specialized in graph theory and combinatorics. He was on the faculty at The University of Memphis for thirty-seven years and frequently collaborated with world-renowned mathematician Paul Erdős. He was involved with the U.S. Mathematical Olympiad Team from its start in 1974, serving in a variety of roles. As one of the leaders, he traveled to International Mathematical Olympiad competitions around the world, including Warsaw in 1986, when the team tied the Soviet Union for first place. As a result of his passion for mathematics competitions, he was awarded the Paul Erdős Award from the World Federation of National Mathematics Competitions in 2012. Even after his retirement in 2008, Cecil continued to share his passion for math by tutoring and mentoring students. To his students and colleagues, he was known as C²R. Math was a great love and the search for an “elegant solution” was always on his mind, but he loved music with a similar passion. Classical, jazz, blues, and the occasional country album would fill the house. He was not only an avid listener, he also loved to sing. He was known as a quiet man, until his deep bass voice would resonate from the choir or the occasional solo, when he could be coaxed into one. Cecil was a lifelong Christian, singing in church choirs and reflecting thoughtfully on the messages of his faith. His profound faith in God animated his scientific curiosity. Science and faith were never in competition in his mind. His faith also informed his commitment to social justice in the world. He was preceded in death by his parents Cecil Rousseau, Sr. and Christine Rousseau Pearce. He is survived by his wife of 54 years, Jane, of Memphis; two daughters: Celia (Anthony Anderson), of Memphis, TN and Dana (Brad Neuhauser), of Minneapolis, MN; five grandchildren: Elizabeth, Joshua, and Sarah Neuhauser, and Keiji and Kanaan Anderson; and three bonus grandchildren: Jenesis Anderson, Jade (Sirgregory Thornton), and Noah Anderson. A memorial service will be held at a later date. In lieu of flowers, please consider a donation to the Michael J. Fox Foundation for Parkinson’s Research (michaeljfox.org) or the University of Memphis Foundation (Dept. 238; The UofM Foundation; PO Box 1000; Memphis, TN; 38148-0001 or online). Donations to the UofM in his memory will be used to support scholarships for students in the Department of Mathematical Sciences.

The family of Cecil Clyde Rousseau Jr. created this Life Tributes page to make it easy to share your memories.

Send flowers to the Rousseau family.