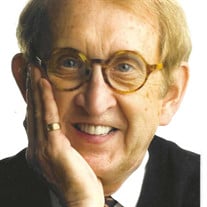 Charles Rufus Chandler has gone to Glory. One of the Mid-South’s most talented, admired, and beloved citizens died at St. Francis Hospital on Saturday, May 28, at the age of 92 after a short illness. Charles Chandler was a gentleman of the old school, a gifted artist, a man of great taste, a supporter of the arts, a successful businessman, a devout Episcopalian, a superb friend, a fine host, and an unparalleled storyteller. An evening in his magnificent Kimbrough Towers apartment was a coveted invitation. Charles was born to Annie Lou Morris Chandler and Henry Clay Chandler on February 10, 1930, in McKenzie, Tenn. He grew up in Milan, Tenn. He was a graduate of the Memphis College of Art and founder and president of Studio 9, a highly respected graphic design firm. He was preceded in death by his parents and two siblings, Carol Anne Chandler and Clay Morris Chandler. He is survived by five nieces and nephews: Leigh Ann Chandler of Rochester, N.Y.; Camille Spadafino (Keith) of Nashville, Tenn.; Sally Chandler Wright of Memphis, Tenn.; Morris Chandler (Cindy) of Milan, Tenn.; and David Chandler of Cincinnati, Ohio, and five great-nieces and nephews. Everyone who knew Charles has a few good stories, but one story captures the essence of his personality perfectly. When Charles was on a trip to Scotland, the tour director suggested they rotate the seats on the bus. One little lady raised her hand and asked, “Can we rotate Charles instead?” In the beautiful words of William Shakespeare, “I shall not look upon his like again.” Services will be 10:30 a.m. Monday, June 6th at Grace St. Luke Episcopal Church, 1720 Peabody Avenue, with interment following at Elmwood Cemetery.

Charles Rufus Chandler has gone to Glory. One of the Mid-South&#8217;s most talented, admired, and beloved citizens died at St. Francis Hospital on Saturday, May 28, at the age of 92 after a short illness. Charles Chandler was... View Obituary & Service Information

The family of Charles R. Chandler created this Life Tributes page to make it easy to share your memories.

Send flowers to the Chandler family.