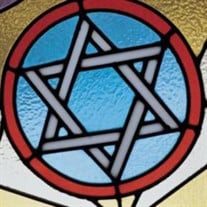 Curtis George Ward Curtis George Ward died on May 23, 2022, at the age of 104. Curt, born Kurt Georg Wertheim, lived a most wonderful and interesting life, that unspooled like a cross between a History Channel documentary and Forrest Gump.... View Obituary & Service Information

The family of Curtis George Ward created this Life Tributes page to make it easy to share your memories.

Send flowers to the Ward family.