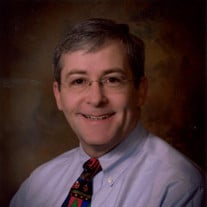 David Lewis George passed away on Monday, June 13, 2022 after a long illness. David was born in Nashville, TN, on February 18, 1957 to Dr. and Mrs. Lewis Watson George. David grew up in Memphis, where he attended Presbyterian Day School and graduated from Memphis University School in 1975. He earned his undergraduate degree at Vanderbilt University where he was a member of Sigma Alpha Epsilon Fraternity and Phi Beta Kappa Honorary Society. He graduated from Emory University School of Medicine in Atlanta, GA, where he was a member of the Alpha Omega Alpha Honor Society, before completing a residency in Internal Medicine at the University of Alabama Medical Center in Birmingham, AL. In Birmingham, he met and married his wife, Edith Kreis (Edie). David and Edie started their married life together in Chicago, IL, where he completed a Fellowship specializing in Infectious Disease at the University of Chicago Hospital. After his Fellowship, David and Edie moved to Memphis, where they raised three children. David had a long career as a respected infectious disease doctor in which he dedicated his days and nights to taking care of patients, family, and friends. David had a servant heart and supported the physical and mental health of others. He co-founded and served as a board member for Hope House, volunteered throughout the years at the Church Health Center, and led weekly meditation services at the Crosstown Concourse. He was a faithful member of Idlewild’s Tuesday Men’s Breakfast Group and served on several COVID Advisory teams. David loved history, a lively debate on issues affecting the world, and was a voracious reader. He is affectionately remembered by family and friends for surprise gifts of books always on a topic of personal interest. David loved all sports, especially the St. Louis Cardinals and Memphis Grizzlies, but he loved nothing more than his family and spending time together at games, the theatre, listening to new music, or watching one of his children on the tennis court. He is survived by his wife of 35 years, Edie; his three children Dr. Lewis Watson George II (Miranda) of Chapel Hill, NC, William Adams George (Loring) of Nashville, TN, and Frances Dent George of Atlanta, GA; his sisters Carolyn Plummer (St. Louis, MO) and Elizabeth Heinrich (Prescott, AZ); his brother Clayton George (Collinsville, MS); and many nieces and nephews. He is preceded in death by his parents and his sister Sally Lisa George. Visitation will be held at Canale Funeral Directors on Wednesday, June 15, from 5:00 to 7:00 p.m. A memorial service to celebrate his life will be held at Second Presbyterian Church Chapel on Thursday, June 16, at 2:00 p.m. In lieu of flowers, please send memorials to Idlewild Presbyterian Church, the Church Health Center or your favorite charity.

David Lewis George passed away on Monday, June 13, 2022 after a long illness. David was born in Nashville, TN, on February 18, 1957 to Dr. and Mrs. Lewis Watson George. David grew up in Memphis, where he attended Presbyterian Day School and... View Obituary & Service Information

The family of Dr. David Lewis George created this Life Tributes page to make it easy to share your memories.

Send flowers to the George family.