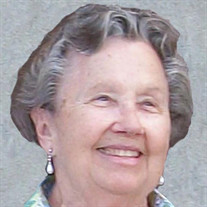 Delma Feuerborn Powelson, of Memphis, TN, age 92, passed away October 11,2021 at Belmont Village Senior Living. She was born in Garnett, KS, one of 12 children of Frank and Mary (Bowman) Feuerborn. Delma was raised on a farm with her 9 brothers and 2 sisters and learned first-hand what hard work really was. Excelling in her studies, she was the first member of her family who was able to attend high school and then college. She obtained her teacher’s certificate from Emporia State Teachers College in Kansas and taught school. In 1951, she married Richard Powelson of Richmond, KS and they moved to Topeka, later to Wichita, KS as Richard advanced in his career in Marketing and Sales for the U.S. Postal Service. By 1972, Richard and Delma had formed their own family of 12 children and were transferred by the U.S. Postal Service to Memphis, TN. Del soon became an active Realtor in Memphis, a full-time career that spanned over the next 20 years, first with the former Kemmons Wilson Realty, then the former Rochford and Associates. By the early 1980’s Del entered new home sales with Faxon Gillis Homes and then Reid Homes in the 1990’s. Her sales numbers earned her the distinction of the Million Dollar Sales Club for several years. In addition to working full-time and being active in the Memphis Heart Association and the LeBonheur Club, Del managed to raise a large family, attend their school and sporting events, coach their youth softball teams, and pitch in women’s softball leagues until she turned 56! She will be remembered for her generous heart, quick wit, and her love of life and of her family. Del is survived by all 12 of her children and their (spouses): Richard Scott Powelson of Rockville, MD; Alan Powelson (Margie) of Maineville, OH; Therese Hoss (Dennis Plafcan), Dr. Stephanie Powelson (Tim Tucker), Jan Clevenger (Bill), Emily McDonald (Kelly), Dr. Jill Powelson (Eric Robinette), Kathleen Bryson (Charlie), Amy Beard (David), Gayle Powelson (Martin Grusin), Melanie Whitson (Kris), and Dr. Jared Powelson, all in the Memphis, TN area. Also, she is survived by 18 grandchildren and 7 great-grandchildren and brothers: Walter Feuerborn of Shawnee, KS, and Frank Feuerborn of Garnett, KS. She was predeceased by her husband, Richard in 2005; her sisters, Ann Wilkerson, and Grace Feuerborn; her brothers Gale, Max, Clifford, Martin, Leonard, John, and Chester Feuerborn. The visitation and Rosary will be held at the Cathedral of the Immaculate Conception beginning at 9:30 A M on Thursday, October 21, 2021, with the Funeral Mass to follow at 10:30 A M. with burial in Calvary Cemetery. In lieu of flowers, the family desires donations be made to Powelson/I.C. Scholarship fund at cfgm.org/Powelson; or the Hope and Love of the Laity Fund, PO Box 236, Garnett KS 66032; or the American Heart Association. Masks though not required are requested.

Delma Feuerborn Powelson, of Memphis, TN, age 92, passed away October 11,2021 at Belmont Village Senior Living. She was born in Garnett, KS, one of 12 children of Frank and Mary (Bowman) Feuerborn. Delma was raised on a farm with her 9 brothers... View Obituary & Service Information

The family of Delma Feuerborn Powelson created this Life Tributes page to make it easy to share your memories.

Send flowers to the Powelson family.