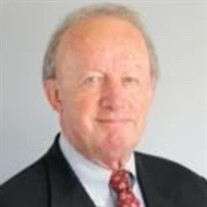 Eddie Gatlin Edgar (Eddie) Howard Gatlin was born January 11, 1941 to parents Cleatus and Cecile Gatlin in Corinth, MS. He left us to join his savior Jesus Christ on December 31, 2021 in Memphis. Eddie graduated from Corinth High School where he played on the basketball and golf teams. He was also a gifted vocalist, singing in many productions and countless weddings. He attended The University of Mississippi, where he met his future wife Linda on the first day. At Ole Miss Ed played on the golf team and was a member of the M Club and Sigma Chi fraternity. He received a Bachelor of Business Administration degree with a double major in Marketing and Finance. He began work at the family business, Continental Piston Ring Company. Over the next fifty years he served as President and CEO of Continental Piston Ring Company, Co-Founder, President and CEO of Ig-Lo Products Corporation for twenty-three years until selling Ig-Lo to Valvoline Oil. He was President of Memphis International Motorsports Park for nine years and Chairman and Co-Owner of Empire Express until his retirement. Eddie served on the Board of Directors of First City Bank and Community Bank of Germantown. He was a supporter of Carnival Memphis and a member of Memphi, serving as Chairman of the Board for three years. He was co-founder of the Gatlin Family Ole Miss First Scholarship Endowment and was an active supporter of numerous charities throughout his life. A lifetime Methodist, he served on the boards of Whitehaven Methodist Church, Christ United Methodist Church and Oxford University United Methodist Church. Eddie will be remembered for his generosity and kindness to others and an entrepreneur who started and ran numerous businesses. Eddie is survived by his wife of 61 years, Linda and their two sons Todd and Tim (Jane Ann). His sister Polly Bailey (Dr. Joe) and his brother Bob (Kathryn), both of Tupelo, MS. Six grandchildren Will, Taylor Weddle (Hunter), Lexie, Meredith, Frances, and Sarah, one great grandson Finley, numerous nephews and nieces, and a special adopted member of the family, Carol Williams (Kenny), who was like a daughter to Eddie since her childhood. Services will be at 12 Noon, Friday January 7th at Christ Church, Wilson Chapel, with visitation from 10:30 a.m. – 12 Noon in the parlor. Private entombment will be in Memorial Park Cemetery. In lieu of flowers, the family requests donations to the Gatlin Family Ole Miss First Scholarship Endowment, 406 University Avenue, Oxford, MS 38655, The Tree of Life Free Clinic, P.O. Box 847, Tupelo, MS 38802 or to Church Health, 1350 Concourse Ave., Suite 142, Memphis, TN 38104.

The family of Edgar (Eddie) Howard Gatlin created this Life Tributes page to make it easy to share your memories.

Send flowers to the Gatlin family.