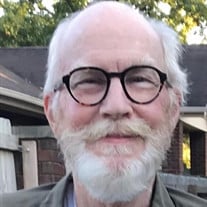 Ernest Lee Hutchison, III, 69, passed away on October 25, 2021 at Baptist Memorial Hospital Memphis. Growing up in Pine Bluff, AR, Lee met his beloved future wife, Catherine, when they were six weeks old in strollers. It was a lifelong attraction, growing into a close high school friendship and later, a loving marriage of 41 years. When Lee regaled friends with stories of his hometown and the accomplishments of its outstanding citizens, family members began to refer to Pine Bluff as “the Cradle of Civilization.” Delighting in this, he would offer further examples of Pine Bluff’s greatness. After graduating from Pine Bluff High School in 1970, Lee earned an appointment to the US Naval Academy in Annapolis, MD, and graduated in 1974. He received training at the Naval Flight School in Pensacola, FL., and advanced training at Moffett Field, CA, in anti-submarine warfare on the P3 Orion aircraft. He served as the mission commander of a crew of 12 operating in the Pacific and Indian oceans until 1979 when he left the service. He married Catherine Howard Currie on June 14, 1980. In 1982 they moved to Memphis where he was a technical writer for Federal Express for 25 years. In 1990 he received an MBA from The University of Memphis. Over the course of his life, Lee wrote, “Our Thread of Memory,” a 510-page book, combining family stories and genealogy for his children and their cousins. It is a family treasure, bringing ancestors to life through his wonderful storytelling. He was a member of Evergreen Presbyterian Church, where he was an elder, deacon, Sunday School teacher and for several years co-chair of the Clanjamfry Scottish Festival. Also, he was a member of the US Naval Academy Alumni Association, the Memphis Scottish Society, Clan Gregor, the Jamestowne Society (the Arkansas Company), The Meriwether Society, and the Central Gardens Association Board of Directors. He was pack leader and troop leader for Grace St. Luke’s Cub Scout Pack 34, a longtime volunteer tutor at Grahamwood Elementary and a proud member of The Outlaws (the three Currie in-laws). Lee’s hobbies included traveling, reading, history, genealogy, visiting battle sites, baking pies and biscuits and a love of all kinds of music from classical to hillbilly. He will be greatly missed for his delightful, fun, loyal, dependable, smart, caring, humble nature and the courageous, non-complaining way he faced difficult health challenges. Lee was preceded in death by his father and mother, Ernest Lee Hutchison, Jr. and Sharlotte Nelson Hutchison and by his nephew Darryl Lusby. He is survived by his wife Catherine, his daughter, Laura Hutchison Bhatti (Mohammed Ali), his son, Jackson Lee Hutchison, sisters Ann Hutchison Love (Don) and Susan Hutchison Wells; beloved in-laws Carlton and Haise Currie and Laura and Bill Bailey; eight nieces and nephews and ten great nieces and nephews. The family will receive friends (masks requested) Saturday, October 30, at First Presbyterian Church, Memphis, 166 Poplar Ave, at 10:30 a.m. The funeral service will follow at 11:00. Internment will be at a later date. In lieu of flowers, the family requests donations be made in Lee’s memory to Evergreen Presbyterian Church, Southern Poverty Law Center or WKNO TV.

Ernest Lee Hutchison, III, 69, passed away on October 25, 2021 at Baptist Memorial Hospital Memphis. Growing up in Pine Bluff, AR, Lee met his beloved future wife, Catherine, when they were six weeks old in strollers. It was a lifelong attraction,... View Obituary & Service Information

The family of Ernest Lee Hutchison III created this Life Tributes page to make it easy to share your memories.

Send flowers to the Hutchison family.