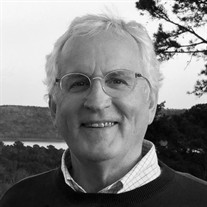 George Hite McLean, Jr. was born in Greenwood, Mississippi on February 26, 1944 to Lenore Kimbrough and George Hite McLean. Growing up there with friends and his large, extended family engendered his most wonderful traits: his storytelling ability, contagious laugh, interest in the law, and musicianship. Hite attended Vanderbilt University, where he was a member of Phi Delta Theta Fraternity and received a B. A. in history in 1965. In 1968 he received a Juris Doctor from the University of Mississippi, and in 1973 he earned an LL.M in labor and employment law from George Washington University. From 1968-70, he served in the Judge Advocate General’s Corps of the U.S. Navy. He was stationed as Legal Officer with the U.S. Marine Corps on Okinawa and then in the Navy’s Office of Legislative Affairs in Washington, D.C. He married his wife of 50 years, Virginia Bell Overton, in 1971, and they lived in Washington while Hite served as Professional Staff Member of the U.S. Senate Committee on the Judiciary. They moved to Memphis in 1976, where Hite joined the law firm of Ireland, Reems, Henderson, and Chafetz and served as legal counsel to Cook Industries. In 1978, he spent a year in Philadelphia with the Equal Employment Opportunity Commission, which was the true start of a career focused on employment law. Over the years, he worked at the Winchester Law Firm, was a solo practitioner, and served as a part-time Assistant County Attorney for Shelby County. Hite loved to spin stories – punctuating them with his unmistakable laugh, and his passion was music. Competent on 15 different musical instruments, he entertained numerous friends and family singing and playing boogie woogie and the blues, particularly on the piano, guitar, and harmonica. He also was a long-time member of the Second Presbyterian Church choir. Hite’s interests were varied – from reading the classics to winning awards with teammates at the Memphis in May Barbecue Contest. He was a member of the Kiwanis Club of Memphis and the Society of the Cincinnati. He also spent many hours serving on the board of Friends for Our Riverfront, not just as a legal adviser but also writing and recording an album in support of Memphis’s public riverfront. He leaves behind a son, George Hite McLean III of Memphis, and a daughter, Mathilde McLean Crosby (Mark), and a grandson, Samuel McLean Crosby, also of Memphis. The memorial service will be 11:00 am Tuesday July 6, 2021 in the chapel at Second Presbyterian Church. In lieu of flowers, hug your family, and, if you wish, direct a gift in his honor to the charity of your choice, Protect Our Aquifer, or Friends for Our Riverfront.

George Hite McLean, Jr. was born in Greenwood, Mississippi on February 26, 1944 to Lenore Kimbrough and George Hite McLean. Growing up there with friends and his large, extended family engendered his most wonderful traits: his storytelling... View Obituary & Service Information

The family of George "Hite" McLean Jr. created this Life Tributes page to make it easy to share your memories.

George Hite McLean, Jr. was born in Greenwood, Mississippi on...

Send flowers to the McLean family.