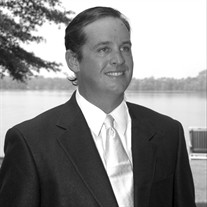 George Augustus Zanone IIl George Augustus Zanone III, of Memphis, Tennessee, and Horseshoe Lake, Arkansas, unexpectedly passed away on February 26, 2021. He is survived by his daughter, Anna Katherine Zanone (17), his mother, Pamela Pettit Zanone; siblings Leigh Zanone Scull of Memphis; Alexis Zanone of Santa Monica, California; Paul Riley Zanone (Camille) of Memphis; nephews and nieces: William Trent Scull, Jr., Riley Corrine Scull, Hewes Pettit Scull, Elise Mae Zanone, Augustus Clark “Gus” Zanone, and William Riley “Wills” Zanone. He is also survived by former wife and Anna’s mother, Kathy Grafton Zanone, of Memphis; and girlfriend of three years, Ava Marie Shumake of Memphis. He is preceded in death by his grandparents, George Augustus “Gus” Zanone and Mae Riley Zanone; father, George Augustus Zanone, Jr.; and brother-in-law, William Trent Scull. George was born in Memphis, Tennessee, and resided for much of his life in both Memphis and Horseshoe Lake, Arkansas, where he operated the family farm—first in conjunction with his father, and then as sole proprietor following his father’s death. He was known for his strong-willed personality and independent spirit, as well as his love of farming and the outdoors. As a father, mentor, and friend, he influenced many to follow his example. He raised his younger brother by teaching him to snow ski, slalom ski, fish, and hunt. He demonstrated his love of the outdoors to his daughter, nieces and nephews, as well as the children of many close friends, almost every weekend at the lake. Whether hunting, fishing, skiing, boating, or just about any outdoor activity, George enjoyed teaching and coaching others in the best practices according to his personal experience. This trait earned him several nicknames, including “Coach,” “Captain,” and for course, “G3.” A graduate of Christian Brothers High School, George attended the University of Alabama in Tuscaloosa, where he was a member of the Phi Gamma Delta pledge class of 1984-85. He is still remembered by his fraternity brothers for the same traits mentioned above and many still even affectionately refer to him as “Coach.” He was a devoted son to both his parents, spending time daily with them as he worked on the farm. He attended St. Mary of the Lake Catholic Church at Horseshoe Lake, and divided his time fairly equally between Arkansas and Memphis. George served on the Planning Commission of Crittendon County. In addition to supervising the family farm, he was a member of the Horseshoe Lake Landowner and Lessees Association and a major sponsor of the annual 4th of July Fireworks Celebration. George will be remembered as a true character and strong mentor that deeply loved his family and friends—always holding both to the highest standards. In lieu of flowers, contributions may be made to St. Mary of the Lake, 626 Horseshoe Circle, Horseshoe Lake, Arkansas, 72348, or the charity of the donor’s choice. Service will be Monday, March 1, 2021, at St. Michael’s Catholic Church, 3863 Summer Avenue, Memphis, Tennessee, 38122. Private burial to follow at Calvary Cemetery.

The family of George Augustus Zanone III created this Life Tributes page to make it easy to share your memories.