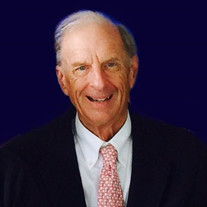 George Augustus Zanone, Jr., of Horseshoe Lake, Arkansas, passed awaypeacefully on November 5, 2019. He is survived by his wife of 54 years, Pamela Pettit Zanone; children, George Augustus Zanone, III, Leigh Zanone Scull, Paul Riley Zanone(Camille) of Memphis, and Alexis Zanone of Santa Monica, California; grandchildren, William Trent Scull, Jr., Riley Corrine Scull, Hewes Pettit Scull, Anna Katherine Zanone, Elise Mae Zanone, Augustus Clark “Gus” Zanone, and William Riley “Wills” Zanone. He is also survived by his siblings, Philip Richard Zanone (Pallas), Maureen Zanone Buchman, and Nell Zanone Stratton of Memphis, as well as numerous nieces and nephews. He is preceded in death by his parents, George Augustus “Gus” Zanone and Mae Riley Zanone, and his brother, Thomas Edward Zanone. George was born in Memphis, Tennessee, and resided for much of his life in both Memphis and Horseshoe Lake, Arkansas, where he operated the family farm. He was known for his feisty and independent spirit, as well as his persistent drive for success. As a husband, father, grandfather, and friend, he stood as the patriarch of the family and held considerable influence in his community. A graduate of Christian Brothers High School, George attended Mississippi State University and the University of Arkansas in Fayetteville. At age 24, he built St.Mary of the Lake Catholic Church at Horseshoe Lake, which he faithfully attended every Sunday. He then designed and built a home for his family on the lake, where he lived with his devoted wife Pam and their children. George was a member of the University Club of Memphis and served on the Planning Commission of Crittendon County for over four decades. At the same time that he supervised the family farm, he was primarily instrumental in the development of a great deal of lakefront property. He was also involved in forming the Horseshoe Lake Drainage and Irrigation Improvement District in 2007 to regulate the water levels of the lake. George was a model of perseverance over the course of his life. In farming, he survived the inevitable risks and rewards of the lifestyle. He also invested in a number of successful businesses in Memphis and Arkansas. From his position as a gentleman planter to his role as the family patriarch, George demonstrated grit and fortitude. An outdoorsman all of his life, George was an avid boater, builder, and hunter. Even in later years, he demonstrated his love of the outdoors to his children and grandchildren almost every weekend at the lake. He was also known for his generous Southern hospitality, always welcoming friends to the lake house and hosting impromptu parties and dinners. His dedication to the Catholic faith was a particularly strong influence on those that knew him as he willingly served as a lay leader and lovingly oversaw the physical maintenance of St. Mary of the Lake. George will be remembered as a true Southern gentleman that loved his family friends and held both himself and others to the highest standards. In lieu of flowers, contributions may be made to St. Mary of the Lake, 626 Horseshoe Circle, Horseshoe Lake, Arkansas, 72348, or the charity of the donor’s choice. Funeral Mass will be 1:30 p.m. Friday, November 8, 2019, at St. Peter Catholic Church, 190 Adams Avenue, Memphis, Tennessee, 38103. Burial to follow at Calvary Cemetery.

The family of George Augustus Zanone Jr. created this Life Tributes page to make it easy to share your memories.