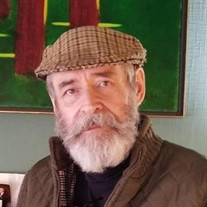 Hagen Holmes “Pete” Peters 9/17/45 – 2/6/22 Hagen Peters passed away peacefully at his home surrounded by his family. The consummate old-school Southern gentleman, Pete was known for his sharp wit, his polished manners, and for being a loyal and faithful friend. He never excluded anyone and treated everyone the same. Pete was born in Auburn, AL. to Dr. R. Hagen and Frances Holmes Peters. He grew up in Memphis on the family farm on Holmes Road. This property was the first deed ever recorded in Shelby County with the Chickasaw tribe and instilled his love for the outdoors. Being the son of a veterinarian, he loved animals especially horses. After graduating from Overton High School, he studied international business in Geneva, Switzerland. He then joined A. S. Hart of Memphis at the beginning of the municipal bond era. Pete was a true entrepreneur whose business interests included being a farmer, a property owner, and a franchise owner. He was known for giving sage advice that was always spot on. An avid outdoorsman, Pete loved hunting and fishing, and was a crack shot. Among his many titles, Pete loved being known as “The Whipper In” of the Longreen Hunt Club wearing his scarlet jacket. He was also a keen fly fisherman throughout the world and a widespread adventurer. Pete was preceded in death by his parents and is survived by his sister, Suzanne Peters, his wife, Peggy Garrott Peters, his daughter, May Peters Weiss, and his three loving grandchildren, Hagen Weiss, Alexandra Weiss, and William U. “Billy” Weiss, Jr., several nieces and nephews and countless friends. The family will receive friends Thursday, February 10 from 4:00 to 6:00 pm at Canale Funeral Directors, 2700 Union Avenue Extended. A memorial service will be scheduled later in the spring. In lieu of flowers, memorials may be sent to the William Cliff Heaton, Jr. foundation, (theheatonfoundation.org) P. O. Box 158, Lyon, MS., 38645; The Memphis Botanic Garden; or Dixon Gallery and Gardens.

Hagen Holmes &#8220;Pete&#8221; Peters 9/17/45 &#8211; 2/6/22 Hagen Peters passed away peacefully at his home surrounded by his family. The consummate old-school Southern gentleman, Pete was known for his sharp wit, his polished manners, and... View Obituary & Service Information

The family of Hagen"Pete" Holmes Peters created this Life Tributes page to make it easy to share your memories.

Send flowers to the Peters family.