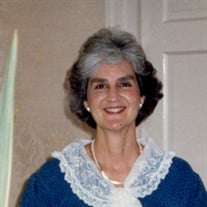 Iva Lou Hill Flowers of Memphis passed away peacefully in Memphis, Tennessee on October 9, 2020, with her family close by her side. Iva Lou was born in Clarksdale, Mississippi on May 22, 1936, the only child of Luther David and Ivy Murphree Hill. A gentle and joyful soul, she grew up along the banks of the Sunflower River and never lost her love for the Delta’s storied landscape and endless sky. Iva Lou was always grateful to her parents for a delightful childhood and youth, with many happy memories. She spoke often and fondly of trips to the Gulf Coast, excursions to Memphis, summer camp (and being a counselor) at Lake Lure in North Carolina, and the little house on Cyprus Street. At Clarksdale High School, she was voted, among other accolades, Miss Clarksdale High, class favorite, and homecoming queen. Afterwards, she attended Stephens College, where she developed her passion for classical music and learned to play the organ. At Ole Miss, she earned her bachelor’s degree in education, fulfilling her childhood dream of becoming a teacher. A year of teaching in Miami was followed by her time at Southern Baptist Theological Seminary. There, she became an advocate of women in ministry. Iva Lou married Robert E. Flowers in 1960, and they were lifelong members of First Baptist Church. Family defined Iva Lou, and she cherished being the wife of Bob and the mother of three girls, Lou, Betsy, and Anne. Bob and Iva Lou were affectionate, fun-loving parents and always opened the doors of their home to their daughters’ many friends, pets, and adventures. Iva Lou chaperoned countless choir tours, served most every year as a room mother, and taught the youth Sunday school class for over a decade. Her girls remember well their mother during these years as one who loved to laugh, pulled fantastic April Fool’s jokes, nurtured their gifts and talents (even when they proved otherwise), and hosted countless dinner parties, which, if fortunate, featured her famous chocolate pie. Hers was always a welcoming table. She provided deep friendship, trustworthiness, and an attentive ear to a wide range of individuals, some of whom considered her their second mother. Education was also where her heart lay. After her children were grown, Iva Lou taught third grade at Graceland Elementary. Well into her seventies, she continued as a substitute teacher. She also helped start and direct the First Baptist weekday program and frequently led the children’s sermon during worship. For her devotion to the church, Iva Lou was one of the first women to be ordained as a deacon, and a service was held in her honor. Iva Lou truly enjoyed the arts. She sang in the church choir, attended the Memphis symphony on Sunday afternoons, and was a docent at the Dixon Museum. Never without a good novel, Iva Lou read voraciously, with eclectic and varying tastes. Her shelves were filled with heavily-creased and underlined books, and in her later years, she went through each Pulitzer Prize and Newberry Award winner. Other favorite pastimes included walking her dog, Morgan; gardening; feeding the birds; traveling to Black Mountain, North Carolina and Fort Worth, Texas; and attending college football games with Bob. She was an avid sports fan as well as a member of several gardening and book clubs. In the 1980s, the Tri-Delta Sorority (Memphis chapter) named her its woman of the year. One of Iva Lou’s greatest pleasures came later in life. She simply adored spending time with her seven grandchildren, as well her three sons-in-law. In any moment, outing, or chance for laughter and love, Dearie, as her grandchildren affectionately called her, was an enthusiastic, unselfish accomplice, even creating a legendary grandmother’s camp when other summer plans went awry. She was there for their every performance and sports event and was not only their greatest but also their loudest fan. It is fitting that Dearie’s favorite color was yellow for her sunny optimism. She married and died in her favorite season, autumn, with its vibrant leaves. Dearie taught her daughters how to “look at the glass half full,” as she often quoted. And she faced each and every difficulty in life with resilience, dignity, and a sense of humor. Her serene spirit and fortitude in the midst of declining health never wavered. She was truly her girls’ role-model in how to live a life of wonder, faithfulness, and meaning. Iva Lou is survived by her husband of 60 years, Bob; daughters and sons-in-law Lou and Jerry Martin; Elizabeth (Betsy) and Darren Middleton; Anne and Cory Tinker; seven grandchildren, Elizabeth (Charlie) Pittard, Jerry B. (Madison), and Louis Martin; Jonathan Middleton; and Andrew (Ashley), Reid, and Ivy Grace Tinker; and one great grandson Elliot Tinker, who represents the next generation. The family would like to thank the nurses at Ave Maria Home for caring for Iva Lou, particularly during her last week. Iva Lou’s family is confident that she now rests in God’s peace and grace. A private burial service for family and close friends will be at the prayer garden and columbarium at First Baptist Church. A memorial organ concert at First Baptist Church, with congregational singing, is being planned for a future date. In lieu of flowers, the family requests that any memorials be sent to First Baptist Church, First Baptist Church Weekday Program, or the Ave Maria Home.

Iva Lou Hill Flowers of Memphis passed away peacefully in Memphis, Tennessee on October 9, 2020, with her family close by her side. Iva Lou was born in Clarksdale, Mississippi on May 22, 1936, the only child of Luther David and Ivy Murphree... View Obituary & Service Information

The family of Iva Lou Hill Flowers created this Life Tributes page to make it easy to share your memories.

Send flowers to the Flowers family.