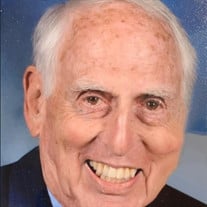 Jacob Jay Daneman died February 5, 2020 in Memphis. He was born in Chattanooga, Tn. on February 21, 1937. He is preceded in death by his parents Harry and Rae Daneman. Jay attended Baylor Military Academy Junior and High School where he was a student athlete and worked on the annual and school newspaper. He was a 1959 graduate of the Georgia Institute of Technology School of Architecture with a Bachelor of Science in Construction Engineering. While at Georgia Tech he participated in intramural sports, was a member of the Bulldog Club, and president of Alpha Epsilon Pi fraternity. He remained active in alumni events throughout his life. Jay was commissioned as a Second Lieutenant in the United States Air Force and spent three years on active duty at George Air Force Base, Victorville, California, in engineering, two years in the USAF reserves, and promoted to the rank of Captain. Jay is survived by his three children Mark Daneman (Coni Johnston), Steven Daneman (Tammy), and Debbie Daneman. In 2000 Jay married Madelyne Rafael who has three children, Shelley Robbins (Reed Landau), Leslye Robbins (John Pomeroy) and Audrey Siskind (Greg Siskind). Together they have 10 grandchildren. He has one sister, Gerry Daneman Haber Sadow of Nashville. Throughout his career, Jay built and managed numerous commercial and residential building projects in Memphis, Florida and Vermont. He worked on some of Memphis's most prominent buildings including the 100 North Main Building, Rivermont Apartments. and Clark Tower. He was construction manager for the Nonconnah Corporate Center. With partner George B. Long, Jr., he was active with the Memphis Association of Homebuilders, serving on their Board of Directors, and developed one of the first “infill projects,” Sullivan Woods, in East Memphis. He and Long together built hundreds of Memphis homes from 1975 – 1986. With partner, Keith Pickett, he developed and built the Country Meadows subdivision from 1986 – 1992. With partner, Jeff Subick, he built and remodeled homes until his retirement in 2010. Jay was an active member of Baron Hirsch Synagogue, served on its Board of Directors, and received their Louis Turetsky Chesed award for achievement and dedication to Lovingkindness. Jay was chairman of the synagogue's Chesed Food Distribution Committee, and Treasurer of the Men's Club. Jay served in leadership roles with the B'nai Brith and the Jewish War Veterans. Jay was a most talented, well-respected and loved man who will be remembered for his generosity of time and spirit. Funeral services will take place at 10:00 a.m. Friday, February 7, 2020 at the Sam Abraham Chapel at Baron Hirsch Cemetery.

Jacob Jay Daneman died February 5, 2020 in Memphis. He was born in Chattanooga, Tn. on February 21, 1937. He is preceded in death by his parents Harry and Rae Daneman. Jay attended Baylor Military Academy Junior and High School where he was... View Obituary & Service Information

The family of Jacob Jay Daneman created this Life Tributes page to make it easy to share your memories.

Send flowers to the Daneman family.