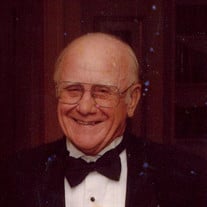 James M. Crews, Jr. was born to Julia Moore Crews and James M. Crews on April 20, 1937 at Methodist Hospital where his father was Chief Administrator. He died on May 20, 2021. Jim married Glenn Elaine Elliott on September 12, 1959 at Idlewild Presbyterian Church and was married for 61 years. He is survived by his wife Elaine and his children James M, Crews III and wife Allison Grogan Crews, and Julia Elizabeth Crews Wilkinson and husband Dr. Bradley Webb Wilkinson. He was very proud of his three grandsons and their wives James M. Crews IV (Whitney), Turner Forrest Crews (Ellery), and Bradley Crews Wilkinson ("Crews"), and his godson Duncan Miller, and he always felt blessed to have his brother, Dr. John Thomas Crews and his sister-in-law Kaki Crews in his life. He also leaves his sister-in-law, Elizabeth Elliott Farmer and her husband, Fyke Farmer of Nashville. He also leaves many beloved nieces, nephews, and cousins. A life-long Memphian, Jim attended Snowden, Central High School, and Washington and Lee University. He proudly served in the Army from 1959-1962 as a Captain and then returned to Memphis with Elaine to work at First National Bank and later at Sterling Equities with other business interests in between. Over the years, he enjoyed memberships in SAE at W&L, the University Club of Memphis, and chairman of the 1978 United Way campaign. He received the Ducks Unlimited's 2002 Conservation Achievement Award and Amen Bible Study at Second Presbyterian Church . He was an avid sportsman. Some of his happiest days were spent hunting with family and friends in the swamps , woods and fields of the Mississippi Delta where he was founding member of Ward Lake Hunting Club and Bobo Brake Hunting Club in Coahoma County. His love of wingshooting led him on many adventures in Argentina, Scotland, Mexico, South Africa, Uruguay and other locales.Recently, he mentored boys at Manassas High School through program he created through Peer Power. He was especially pleased that some of them have now successfully completed college. A visitation will take place on Wednesday, May 26, 2021 at 1:30pm at Second Presbyterian Church, with a memorial service at 2:30pm. The family asks that any honoraria be sent to Second Presbyterian Church, Ducks Unlimited or Washington and Lee University.

James M. Crews, Jr. was born to Julia Moore Crews and James M. Crews on April 20, 1937 at Methodist Hospital where his father was Chief Administrator. He died on May 20, 2021. Jim married Glenn Elaine Elliott on September 12, 1959 at Idlewild... View Obituary & Service Information

The family of James Mortimer Crews Jr. created this Life Tributes page to make it easy to share your memories.

Send flowers to the Crews family.