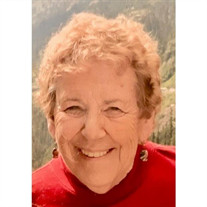 Janice Harris Berlin of Naples, Florida, formerly of Memphis, TN, passed away on October 23, 2021, after a long illness. Janice was born on March 28, 1941, to Toba and Harry Harris in Albemarle, NC. She graduated from the Women’s College of the University of North Carolina (known now as the University of North Carolina at Greensboro) with a degree in sociology. She was also a sweetheart of Tau Epsilon Phi fraternity at the University of North Carolina at Chapel Hill, where she met her husband of 58 years, Ira Berlin. Janice and Ira settled in Memphis in 1964 where they lived until retiring to Florida in 2019. They were active members of Beth Shalom Synagogue where they were part of a friendship Chavorat for nearly 40 years. Over the years, she served on the boards of Jewish Family Service and Plough Towers. She was known by a whole generation of youth as “Aunt Janice” for the years she served as an advisor to multiple Memphis BBYO chapters. She also worked a volunteer for the Crisis Center of Memphis and as a surrogate parent for education plan conferences for special needs students in foster care. Her most fulfilling work was with the Memphis office of Facing History and Ourselves. She worked as part of the development team and later joined their board of directors which she served on for many years. She and Ira loved to travel, especially by cruise ship. They visited nearly 100 countries on six continents and made friends all over the world. She also loved playing mah jong and playing video poker and slot machines. In addition to her husband Ira, Janice leaves two children, David Berlin of Charlotte, NC and Shellie (Andy) Bressler of Washington, DC along with four grandchildren, Harrison Berlin, Elizabeth Berlin, Adam Bressler, and Casey Bressler. In addition, she leaves her two sisters Zalotta (Mike) Walter of Jacksonville, FL and Sheila (Steve) Ussach of Jacksonville, FL, and many nieces, nephews, and cousins. Donations in her memory can be made to Facing History at www.facinghistory.org/give or Facing History, P.O. Box 40568, Memphis, TN 38174.

Janice Harris Berlin of Naples, Florida, formerly of Memphis, TN, passed away on October 23, 2021, after a long illness. Janice was born on March 28, 1941, to Toba and Harry Harris in Albemarle, NC. She graduated from the Women&#8217;s College... View Obituary & Service Information

The family of Janice Harris Berlin created this Life Tributes page to make it easy to share your memories.

Send flowers to the Berlin family.