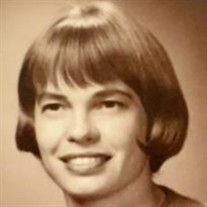 Jean Gill Moss, artist and photographer, was born on December 5, 1930 to Florence Leroy Gill and Roy Gary Gill and died March 14, 2022. Jean loved horses and took riding lessons even though she lived in midtown Memphis. She and her sister, Nancy, would roller-skate on Central Avenue and especially the smooth concrete of E. H. Crump’s driveway. She graduated from Messick High School in 1948. Jean loved nature and spent several summers working in waterfront positions at the YMCA camp at Pickwick, TN. She was good at typing and worked a variety of clerical jobs before deciding to attend and graduating from Memphis College of Art with a BFA Photography and Printmaking. She later graduated from University of Memphis with an MFA Printmaking in 1985. She was listed in Who’s Who Among Students in American Universities. She and her husband, Samuel Louis Moss (now deceased), spent many hours at the National Ornamental Metal Museum. They both made several fish weathervanes and other creative pieces. Sam and Jean always worked Repair Days at the Metal Museum. For many years they donated original pieces to the Works of Heart that benefitted the Child Advocacy Center. Jean had solo shows of her photography in Memphis TN, and Savannah, GA. She also participated in numerous group shows in Memphis TN, Nashville TN, Little Rock, AR, and New Orleans, LA. She was a member of Artists Link and Trinity United Methodist Church. She is survived by one sister, Nancy Gill Carroll of Amity AR, brother in law, Mike Moss (Carolyn) of Arlington TN, and brother in law, Jud Moss (Mary) of Somerset KY and several nephews and nieces from Memphis to Montana. Instead of flowers, memorials can be sent to Trinity United Methodist Church, 1738 Galloway Ave. Memphis TN 38112 or National Ornamental Metal Museum, 374 Metal Museum Drive. Memphis, TN. 38106. A Celebration of Life service will be held at Trinity United Methodist Church on Sunday afternoon, March 27, at 2 pm with visitation from 1-2 pm.

Jean Gill Moss, artist and photographer, was born on December 5, 1930 to Florence Leroy Gill and Roy Gary Gill and died March 14, 2022. Jean loved horses and took riding lessons even though she lived in midtown Memphis. She and her sister,... View Obituary & Service Information

The family of Jean Gill Moss created this Life Tributes page to make it easy to share your memories.

Jean Gill Moss, artist and photographer, was born on December...

Send flowers to the Moss family.