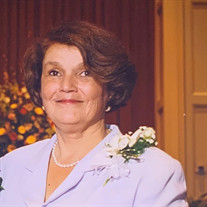 Jeanne Fraser Chancellor, age 76, passed unexpectedly on March 23. Born in St. Louis to the late Minette and Bill Fraser, Jeanne spent her early years in Missouri before moving to her childhood home in Memphis in 1958 with her three siblings. She was always bringing home animals she’d find in the neighborhood. One day she and a friend arrived with a huge turtle that suddenly rose up on its legs and raced across the den - it was a snapping turtle! Her love of animals would span her entire life. Jeanne was a member of the Hutchison School Class of 1962. An accomplished athlete in high school, she played volleyball, basketball, and held the state record for the long jump. She went on to attend Southwestern at Memphis (Rhodes College), the University of Tennessee, and Memphis State University (University of Memphis). Jeanne’s first rescue was several puppies she found abandoned at Poplar Plaza when she was in college. She found homes for all but one, Wiggles. Jeanne was a mother, grandmother, sister, aunt, cousin, and friend. A wise, kind, compassionate, creative, witty, and independent woman, she was never afraid to stand up for what she believed in. She raised her four children on Barfield Road and was recognized by the kids in the neighborhood by her beautiful long hair. No one knows how she kept up with her kids and their mischief, but she always loved sharing stories about those times with her grandchildren. Jeanne always loved the holidays, especially Christmas, gathering family, neighbors, friends, and friends of friends. She acted as a second Santa to all of her children and grandchildren - no matter their age (even if they were over 50). When Jeanne was not with her family, she devoted her time to the Memphis Animal Shelter. She was passionate about instituting a city-wide spay and neuter program and seeing a no-kill shelter one day; finding homes for animals in the shelter; and delivering dog and cat food to the elderly in need. She was a co-founder of the Friends of the Memphis Animal Shelter and served on the Memphis Animal Services Advisory Board. Her dedication to the animals of Memphis stretched through her final days as she helped the shelter reduce its numbers as the city recently closed down. Jeanne’s relentless service to the shelter, her family, and her friends is what made her so special and loved. Jeanne nurtured and guided her four children, David Chancellor (Kelley) of Memphis; Brian Chancellor (Mary) of Memphis; Karen Montgomery of Lake Toxaway, NC; and Liz Chancellor of Brevard, NC; doted on her six grandchildren, Bebe Chancellor, Lucy Chancellor, Jane Chancellor, Hannah Chancellor, Buck Chancellor, and Ben Montgomery; shared her wit and joy for life with her siblings, Alex Fraser (Peter) of New Hope, PA; Anne Fraser Clarke (Joe) of Knoxville; and Laurie Fraser Stanton of Memphis; and with her four nieces and nephews, Greer Parrish (Jeff) of Tucson, AZ; Minette Mahoney (Ryan) of Basalt, CO; Hannah Brantingham (Travis) of St. Louis; and Ingle Martin (Jennifer) of Nashville and their father, Harry Martin (John) of Washington, D.C,. Jeanne is also survived by her children’s father Jimmy Chancellor (Tempe); “sisters” Wanda Chancellor and Katie Stanton of Memphis; close cousins, Beth Louis (Phil) and Bill Adams of St. Louis; and Steve Adams of Chico, CA; as well as her loving companion, John Cox, and his children and grandchildren. Jeanne’s life will be celebrated at a later date. In lieu of flowers, memorial gifts may be sent to any of the following: Real Good Dog Rescue: 1753 Carruthers Place Memphis, TN 38112; Hearts of Gold Pit Rescue: P.O. Box 3728 Memphis, TN 38173; Meadow Wood Rescue, Inc: 10453 Raleigh-Lagrange Rd. Eads, TN 38028; or to the charity of the donor’s choice.

Jeanne Fraser Chancellor, age 76, passed unexpectedly on March 23. Born in St. Louis to the late Minette and Bill Fraser, Jeanne spent her early years in Missouri before moving to her childhood home in Memphis in 1958 with her three siblings.... View Obituary & Service Information

The family of Jeanne Fraser Chancellor created this Life Tributes page to make it easy to share your memories.

Send flowers to the Chancellor family.