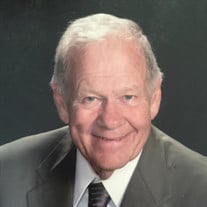 Joel Tilmon Weirich, 78, died peacefully, surrounded by family at home, on Saturday, August 8, 2020. Joel was born in Memphis on November 18, 1941. He graduated from Holy Names Elementary School, Catholic High School for Boys, and St. Pius X Seminary. He received a Master of Divinity from Notre Dame Seminary in New Orleans and a Master of Social Work from the University of Tennessee School of Health Sciences. Joel was preceded in death by his parents, Hazel and Virgil Weirich, and his sister, Rena Weirich. He is survived by his wife of 43 years, Helen Martinelli Weirich, his children, Ellen Weirich and Michael Weirich (Josefina), and his grandchildren, Charlie Weirich and Emily Weirich. He is also survived by his brothers: Walter Weirich, Charlie Weirich, Vick Weirich, Dennis Weirich, and Tommy Weirich as well as his sisters: Vickie Taube, Brenda Taube, Debbie Hill, and Beverly Peyton. Joel was a loving husband and father, and he was adored by his precious grandchildren. He believed strongly in social justice, promoted civil rights, and devoted his life to the poor and the sick and to his beloved veterans at the Memphis VA Medical Center, where he worked faithfully for 27 years. Prior to his service at the VA, Joel was Director of Social Services of St. Joseph Hospital for 11 years. Joel was also a beloved member of the York Avenue Neighborhood Association as well as a dedicated parishioner of the Cathedral of the Immaculate Conception for 43 years and St. Patrick Catholic Church for 3 years. Joel loved spending time with his family, gardening, and traveling. His love of travel stems from the words of St. Augustine: “The world is a book, and those who do not travel read only one page.” Joel’s extensive travels with his family through the United States, Canada, and Europe filled him with joy, and the memories he made there with his family will live in them forever. On Thursday, August 13, 2020, there will be a Funeral Mass at 11:00 a.m. at the Cathedral of the Immaculate Conception, with burial in Calvary Cemetery. The visitation will be held the same day at the Cathedral before the funeral, from 10:00 a.m. – 11:00 a.m. The family requests that any memorials be sent to St. Patrick’s Catholic Church, the Memphis VA Medical Center or to the Vanderbilt Memory and Alzheimer’s Center in Nashville, Tennessee.

The family of Joel Tilmon Weirich created this Life Tributes page to make it easy to share your memories.

Send flowers to the Weirich family.