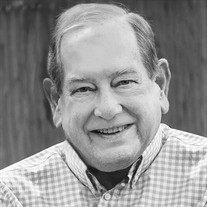 John Dominic Canale III passed away at his home on February 5, 2022. He was born in Memphis, Tennessee, on June 16, 1945. He was the oldest child to John Dominic Canale Jr and Peggy Webster Canale. John attended Pentecost-Garrison and Presbyterian Day School. His high school education was achieved at the Choate School for boys. John earned his college graduation from Sewanee University in 1967. Following college, John joined The Navy. While in the Navy he was blessed with his love of travel, culture, and architecture. Greece was his most spoken about time spent. After the Navy, John returned to Memphis to become an ambassador for D. Canale and Company. John was the President of D. Canale Food Services until it was sold. He remained as Chairman of the Board of D. Canale and Company until his death. John was well known for his “grab it and growl” business acumen but will be remembered for his philanthropic endeavors. John was the first Chairman and founding board member of the Mid-South Food Bank. He was a past President and lifetime supporter of the Memphis Botanic Gardens. John dedicated board membership to WKNO, Youth Service, Trezevant Manor, MIFA, The Assissi Foundation, Dixon Gallery, National Bank of Commerce, and the Federal Bank of St. Louis. John received the Crawford Alumni Service Award from Sewanee where he also established the Canale Internship Foundation where students pursue a community service endeavor that addresses a community-identified need benefiting the greater Sewanee community. John had a love for all seasons except winter. He built a home close to Sewanee purely for his love of the school, Spring, and Fall. John enjoyed the outdoors and travel. So much so that he made it a mission to complete the New York Marathon. He treasured his time spent in Naples, Florida and Highlands, North Carolina. John was preceded in death by his father John D Canale and his mother Peggy Canale. He is survived by his brother Christopher W Canale (Lois); his two sons, Alexander Canale(Lyndal) and Webster Canale; and his two grandchildren, Kain Canale and Mae Canale. The family will have a private committal at St. John’s Cemetery followed by a public Memorial service at 4 pm, Friday, February 11th at St. John’s Episcopal Church. In lieu of flowers, the family requests that memorials be directed to Mid-South Food Bank, Memphis Botanic Garden, St. John’s Episcopal Church or the charity of the donor’s choice.

John Dominic Canale III passed away at his home on February 5, 2022. He was born in Memphis, Tennessee, on June 16, 1945. He was the oldest child to John Dominic Canale Jr and Peggy Webster Canale. John attended Pentecost-Garrison and Presbyterian... View Obituary & Service Information

The family of John D. Canale III created this Life Tributes page to make it easy to share your memories.

John Dominic Canale III passed away at his home on February 5,...

Send flowers to the Canale family.