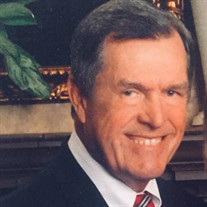 John (“Jack”) Joseph Range passed away on July 13, 2020. He was born on March 20, 1935 in Cahokia, IL. He graduated from Assumption High School in East St. Louis, IL in 1953, and from St. Mary’s University in San Antonio, TX in 1957 with a Bachelor of Arts degree. He was a member of the Sigma Beta Chi Fraternity; Delta Epsilon Sigma Honor Society; and the St. Louis Club. Following college, Jack joined the United States Army, achieving the rank of Sergeant. He attended intensive foreign language training at the US Army Language School where he mastered Serbo-Croatian. He never forgot it. Even in his final days, he would happily tell you how to order a beer in Serbo-Croatian. He served in Eastern Europe, and was honorably discharged in 1962. Jack later attended St. Meinrad Seminary and School of Theology in Indiana, receiving a Masters of Divinity degree in 1970. Jack worked in fundraising and planned giving for the University of British Columbia in Vancouver, Canada. He moved to Memphis in 1979 to be the National Director for Planned Giving for ALSAC, the fundraising organization for St. Jude Children’s Research Hospital. In 1989, he became a consultant, working with the Catholic Diocese of Memphis from 1989-1996, and Arnoult & Associates from 1996 until his retirement. Throughout his life, Jack was a huge St. Louis Cardinals baseball fan. In 1990, Jack met the “love of his life”, “his green eyed girl”, Miriam (“Mim”) Dean Heard Stoddard. They married in 1993. Together they played lots of golf and tennis as members of Chickasaw Country Club and Leftwich-Audubon Tennis Center. Jack and Mim loved to cook and frequently gave lovely dinner parties, and Saturday morning pancake breakfasts for their family and friends. Mim and Jack followed their grandchildren’s many activities and could be found at sporting events, art shows, and play productions at St. Agnes Academy-St. Dominic School, Christian Brothers High School and St. George’s Independent School. Jack often said it was great to go directly to the role of grandfather without the responsibilities of having been a father first. Jack is preceded in death by his parents, John Louis Range and Grace Lynn Jerome; his sister, Sr. Joan Range, ASC; his sister-in-law Christine Range; his niece Susan Moses; and Mim, his beloved wife. He is survived by his step-children: Allison Stoddard Crone (Alan) of Memphis and William Heard Stoddard (Lissa) of Germantown, TN; grandchildren James, Charlie and Maggie Crone, and Kate, Anna Camille and Latimer Stoddard; his brother Jerome Range of Valley Park, MO; nieces Joan (Kevin) Koontz and Ellen (David) Hoffmann, and nephew Tony Moses; sisters-in-law Anne Heard Stokes (John) of Memphis, Margaret Heard Walker Hays (Jimmy) of Leland, MS, and Mary Elizabeth Stoddard McCollum (Kenneth) of Hughes, AR, and numerous other nieces, nephews, great-nieces and great-nephews. The funeral Mass will take place on Friday, July 24th, at 11:00 am at St. Patrick Catholic Church, 277 S. 4th Street, Memphis, TN, 38126. Burial will occur at 4:00 pm at the Stoneville-Leland Cemetery, Stoneville, MS. In lieu of flowers, donations may be made in Jack’s memory to St. Patrick Catholic Church, St. Jude Hospital, St. Mary’s University, or the Society of St. Vincent de Paul. The family offers its sincere thanks and love to Janet Mason, who is devoted to our family, and cared for Jack, and other members of the family, young and old, for almost 25 years.

The family of John "Jack" Joseph Range created this Life Tributes page to make it easy to share your memories.

Send flowers to the Range family.