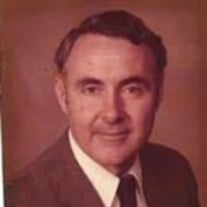 * MEMORIAL SERVICE HAS BEEN CANCELED * John B. Maxwell, Jr., 88, former member of the Tennessee House of Representatives and senior partner of the law firm, Apperson, Crump & Maxwell, died Saturday, January 22nd, 2022. Mr. Maxwell was born in Dyersburg in 1933. He was graduated from Rhodes College, where he played varsity basketball, and the School of Law of Vanderbilt University. In addition to the four years he served in the Tennessee Legislature in the 1960s, Mr. Maxwell also served on the Shelby County Quarterly Court, known today as the Shelby County Commission. He also was chairman of the board of the Memphis Park Commission, president of the Rhodes Alumni Association, a member of the Rhodes Board of Trustees and an elder of Idlewild Presbyterian Church. He also was a member of Memphis Country Club. During his 40 years of law practice he was named one of the “Best Lawyers in America” for 15 consecutive years. Mr. Maxwell also received the Sam Myar Memorial Award in 1963 which is given annually to a young attorney in Memphis for outstanding service to the community and the legal profession. Mr. Maxwell is survived by his wife, Jo Hall Maxwell; a son, Jay (Sara) Maxwell of Watersound, FL; a daughter, Elizabeth Arnoult of Jonesboro, AR; seven grandchildren, Jack, India, Mary Adair and Gracey Maxwell; Blake, Taylor and Hallie Arnoult, and his brother, Howard Stonewell (Lynda) Maxwell of Columbia, MD. Mr. Maxwell’s ashes will be interred in the Idlewild Columbarium. The family requests that any memorials be sent to Rhodes College or Idlewild Presbyterian Church.

The family of John B. Maxwell Jr. created this Life Tributes page to make it easy to share your memories.

* MEMORIAL SERVICE HAS BEEN CANCELED *

Send flowers to the Maxwell family.