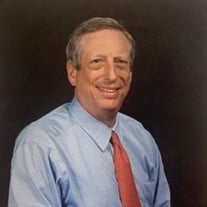 John Ralph Muller, Sr., 78, passed away on January 15, 2021, from complications due to COVID. He is survived by his loving wife of 51 years, Dee Turley Muller; his sons Ralph Muller, Jr. (Christy) and Louis Muller; granddaughters Meggy and Aggie Muller; his brother, Ted Muller, and nephew Rick Muller, of Savannah, Georgia. He was preceded in death by his son, Turley Muller, and his parents, Martha and Brick Muller. Ralph graduated from Kimball Union Academy in Meriden, NH, where he was honored to serve on the Board of Trustees for 2 terms. He attended the University of South Carolina, and served in the US Navy, where he was deployed on the USS Keppler destroyer. Ralph was in the investment business for over 50 years and is currently a Senior Vice-President of UBS. He was a member of the Memphis Country Club, Park Meadows Country Club in Park City Utah, and was a former member of Hatchie Coon Hunting Club. He was an avid runner and biker, and competed in local marathons and triathlons; even running in the New York Marathon in 1983. He was also an avid squash and tennis player. He loved spending time in Deer Valley, Utah, where he enjoyed trout fishing, cross country skiing, snow shoeing, and entertaining with his friends. He especially enjoyed travelling with his wife. He was a devout Catholic and active member of St. Louis Catholic Church. In his youth he served as an altar boy at the Cathedral of the Immaculate Conception. He was a sweet compassionate and FUN gentleman, who will be deeply missed. There will be a private graveside service at Memorial Park Cemetery. In lieu of flowers, the family requests donations be sent to St. Louis Church (203 S White Station Rd. Memphis, TN 38117), Kimbell Union Academy (64 Main Street Meriden, NH 03770) or Memphis Leadership Foundation (2400 Poplar #318 Memphis, TN 38112).

John Ralph Muller, Sr., 78, passed away on January 15, 2021, from complications due to COVID. He is survived by his loving wife of 51 years, Dee Turley Muller; his sons Ralph Muller, Jr. (Christy) and Louis Muller; granddaughters Meggy and Aggie... View Obituary & Service Information

The family of John Ralph Muller Sr. created this Life Tributes page to make it easy to share your memories.

Send flowers to the Muller family.