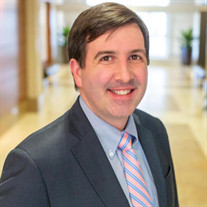 Dr. John Barton Williams Dr. John Barton Williams, 36, of Memphis, Tennessee, passed away February 8, 2021 following a short and unexpected illness. Born in Memphis on July 31, 1984, he was the first of three children to John Tom and Eva Dale Cocke Williams of Mason, Tennessee. He was heavily involved in school events and extracurricular activities at an early age. His many achievements include being a multi-sport athlete, Eagle Scout, class president, and valedictorian of his Covington High School Class of 2003. It was a sports injury during this time that sparked his love for orthopaedics. Barton attended Harvard College in Cambridge, Massachusetts, where he completed a Bachelor of Arts degree in Biology, with a secondary field in Government. He was named National Gift Co-Chair for the Harvard College Fund, Class of 2007. Fulfilling his lifelong dream of becoming a doctor, he returned home to attend the College of Medicine at the University of Tennessee Health Science Center for the next four years. During his time at UTHSC, he was selected as Medical Student Executive Council President and graduated with High Honors in 2011. Specialty training led him away from Tennessee again in the next few years—first to the University of Utah in Salt Lake City, for an Orthopaedic Surgery Residency. There, he was the inaugural recipient of the Senior Resident Teaching Award before graduating in 2016. He then moved to Miami, Florida, completing a fellowship in Orthopaedic Hand and Microvascular Surgery from Jackson Memorial Hospital in 2017. After his professional training, Barton excitedly returned home, joining OrthoSouth (formerly OrthoMemphis) as an orthopaedic surgeon in 2017 before being named partner in 2019. When not following his calling to help his patients, Barton enjoyed spending time with friends and family and maintained close contact and conversations with loved ones near and far. He and his wife, Peria, dreamed of traveling the world together, starting a family, and bettering their communities in years to come. A loyal Volunteer fan, he loved attending UT football games every fall. Honoring his local roots, he was proud to practice orthopaedics in Covington weekly in addition to his other locations. Barton is survived by his wife of six weeks, Peria Gober Williams; his mother Eva Dale Cocke Williams of Mason, TN; a brother, Dr. Allen Riddick Williams (Lauren) of Cabot, AR; a sister, Lauren Williams Wall (Logan) of Covington, TN; grandmothers Louise McCraw Cocke and Nell Rhea Williams of Mason, TN; parents-in-law Mr. and Mrs. Mackie Howard Gober, Sr. of Memphis, TN; brother-in-law Mackie Howard Gober, Jr. (Carmine) of Memphis, TN; nieces and nephews John Oliver Wall, Maddon Ross Wall, Kirby Thomas Wall, Bauer McCraw Williams, Merritt Gray Williams, Mackie Howard Gober, III, and Celia Jane Gober. Barton was preceded in death by his father, John Tom Williams, and his grandfathers William Hamblette Cocke, Jr. and Lawrence Jerry Williams. Barton’s family would like him to be remembered for his generosity, selflessness, and unceasing determination to make his world a better place. An endowed scholarship is being created in his memory to support UTHSC College of Medicine students who share his passion for education. Gifts in support of the scholarship can be made at http://giving.uthsc.edu/COMscholarships, or can be mailed to: UTHSC Development, 62 S. Dunlap, Suite 500, Memphis, TN 38163. Family and friends will be working on details for the scholarship, and more information will be shared in the days ahead. Please contact Kelly Davis in the UTHSC Development Office at 901-448-4949 or [email protected] with questions about giving. A private service will be held and others may view the livestream at facebook.com/gracestlukes/ or www.gracestlukes.org/live on Saturday, February 13, 11:00 a.m.

The family of Dr. John Barton Williams created this Life Tributes page to make it easy to share your memories.