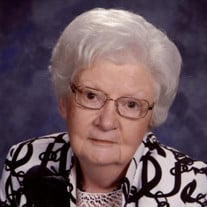 Kathleen McCauley Anthony was born on September 1st, 1936 and passed peacefully on October 11, 2021. Kathleen was a devoted, loving, and extraordinary wife, mother, and grandmother. She was known as Kathleen, Kathy, Mom, Aunt Kathy, Ms. Kathy, Grammy, Ma’am, and Ms. Ma’am. Kathleen was born to Joann Hayes McCauley and Bernard McCauley in Evanston Illinois. She lived in Evanston at the home of her parents, affectionately called Asbury Manor, until Kathleen wed Courtney Leroy Anthony Jr. M.D. on January 14, 1956 at St. Mary’s Catholic Church in Evanston, IL. They were married for 56 years. Kathleen is preceded in death by her beloved husband Courtney, mother Joanne, father Bernard, mother-in-law Clara, father-in-law Courtney, 3 sisters; Mary McCauley, BJ Kolman, Eileen Schmalkuche, two granddaughters; Shelby Clara and Emily Irene Anthony, grandparents, numerous aunts, uncles, cousins and two grand-nephews. She is survived by her six children, Courtney Leroy Anthony III (Darlaine), Brigid Anthony Underwood (Mark), Brian Thomas Anthony (Lisa), John Michael Anthony (Lauren), Stephen James Anthony (Jamie), and Liesl Marie Anthony Goscienski (Mark). In addition, she is survived by 12 grandchildren: Mick, Jordan, Lily Kate, Tucker, Parker, Meghan, Evan, Cooper, Cullen, Stevie, Courtney, and Thomas, her brother Lawrence McCauley, and 6 nieces and nephews: Daniel, David, Joanne, Elizabeth, Erin, and Eric. After their wedding, Kathleen and Courtney worked together to start their family while Courtney pursued the Medical Doctorate degree, he received in 1959 because of their partnered efforts. After Courtney graduated from medical school, she grew into the role of an exceptional US Army doctor’s wife. They were stationed at Tripler Army Medical Center in Honolulu HI, Letterman Army Medical Center in San Francisco, Madigan Army Medical Center in Tacoma WA, Landstuhl Army Medical Center in Landstuhl Germany, and Walter Reed Army Medical Center in Washington DC. They added to their brood at all but one of these duty stations. They left the Army and moved to Memphis to become part of the UT Medical Center / Le Bonheur Children’s Hospital family where she had a tremendous positive impact on medical students, residents, medical staff, and patient families. Among many other generous contributions, she provided an educational lunch to the medical students every Tuesday at the campus Interfaith Chapel. She initiated an annual welcoming dinner for all the incoming Pediatric Cardiology fellows and their spouses, a tradition that continues today. They returned to San Francisco for several years but finally came back to Memphis and Le Bonheur in 2001. Kathleen was a devoted, active, and contributing member of the St. Peter Catholic Church parish including serving as a minister to the sick and shut ins. Kathleen created a beautiful life for her family while working tirelessly outside the home to further the family goal of providing the best opportunities for her children and their futures. She was a self-taught gourmet chef to rival the greatest names in the culinary world. All of her children’s friends raved about and devoured her refrigerator of leftovers. Her travels made her into the quintessential travel agent and companion. She could, off the top of her head, provide the names of B&Bs and the owners, hotels and the managers, restaurants (complete with menus and suggestions), bars, chefs, bartenders, and of course points of interest and insider tips for any intended travel destination. She also contributed time and energy to numerous charitable activities including the Irish American Pediatric Society, the American Heart Association, and the Catholic Church. Throughout these marvelous journeys and adventures Kathleen perpetually added to her list of friends and created an epic Christmas card list. She faithfully nurtured strong ties with family and all friends, both old and new, throughout her life. Her ties to Ireland ran so deep that her husband adopted Ireland as his ancestral country of origin. Together they traveled to Ireland to visit the Irish members of our family numerous times and she tried her best to foster these connections for the next generation. Kathleen strongly believed in the six degrees of separation for all of us on this planet. Each stranger she met would quickly become a new friend because she could find the connection, they shared in just a few moments of conversation, usually well less than six degrees, and then together the newly met friend and Kathleen would enjoy a long, pleasant conversation. Kathleen, Kathy, Mom, Aunt Kathy, Ms. Kathy, Grammy, Ma’am, and Ms. Ma’am will be missed by a multitude of family and friends. This tough stubborn little Irish woman leaves this world a much better place and she did it with incredible poise, grace, peaceful determination, and a colossal philosophical dry sense of humor. As she always said, “It will always be alright in the end, if it’s not alright then it’s not the end”. So, this must not be the end for those left behind, just another beginning. Visitation will be 5-7 p.m. Thursday October 21, 2021, at Canale Funeral Directors with a Rosary at 7 p.m. Funeral Mass will be 10 a.m. Friday October 22, 2021, at St. Peter’s Catholic Church in Memphis. Burial will be 11 a.m. Monday October 25, 2021, in West Tennessee Veterans Cemetery. In lieu of flowers, memorials to the following will be greatly appreciated by the family: The Heart Institute at Le Bonheur Children's Hospital, St. Peter Catholic Church, or the Cystic Fibrosis Foundation. Canale Funeral Directors 901-452-6400

The family of Kathleen M. Anthony created this Life Tributes page to make it easy to share your memories.

Kathleen McCauley Anthony was born on September 1st, 1936 and...

Send flowers to the Anthony family.