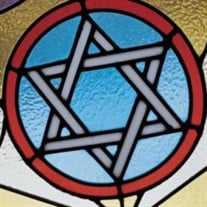 Larry Edwin Duberstein, M.D. was born August 28, 1941 to Edith Belle and Abraham Samuel Duberstein at St. Elizabeth’s Hospital in Dayton, OH, and passed away on March 10, 2020. Larry earned his B.A. from Miami University in Oxford, OH. He was a member of Sigma Alpha Mu and Phi Eta Sigma, an honorary fraternity. He went on to earn an M.D. from the University of Cincinnati in Ohio. Larry was active in the United States Public Health Services, Norfolk, VA. He did his Otolaryngology Residency at Case-Western Reserve, University of Cleveland, OH. Larry also served as a member of the clinical staff in the ENT Department at the University of Tennessee Medical School. He was the Guest Examiner for the American Board of Otolaryngology and the Past President of the American Rhinology Society. Larry enjoyed being a frequent speaker on Pharmacologic Management of ENT disorders. He was a member of the Memphis Medical Journal Review Club. Dr. Duberstein was a founding editor of the American Journal of Rhinology, and was awarded the Golden Head Mirror Award from the American Rhinology Association. Larry was preceded in death by his parents and brother, Dr. Danny Lee Duberstein. He is survived by his wife Shirley, his sister, Sharon (Bill) Cohen, and his brother David (Mindy) Duberstein. He is also survived by his daughter Leslie (Rick) Jason, daughter Jill (Jason) Goldman, and son Aaron (Hillary) Duberstein. Also he is survived by step-daughter Angelia (James) Lenschau and grandchildren: Alexandra, Madison, Jared, Allysa, Valerie, Lily, and Ellie. The funeral and service will be held at 10:00 a.m. on Thursday, March 12 at Beth Sholom Memorial Gardens Cemetery at 2265 Pate Road in Memphis, 38133. The family requests that in lieu of flowers, donations in Dr. Duberstein’s memory be sent to the Memphis Jewish Home of St. Jude Children’s Research Hospital or to a charity of their choice.

The family of Dr. Larry Edwin Duberstein created this Life Tributes page to make it easy to share your memories.

Send flowers to the Duberstein family.