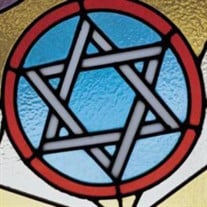 Larry Mayer Wilk passed away on November 10, 2021. He was 87 years old. He is survived by his loving wife Joy and his children, grandchildren and great-grandchild. It wouldn’t be a Larry story if we got right to the point — so more on that later. Larry was the beloved son of George and Sylvia Wilk of Tulsa Oklahoma, where he attended Central High. He earned his bachelor’s degree in political science from Tulane University, then his O.D. from Southern College of Optometry in Memphis. Larry practiced optometry for more than 40 years in Tulsa, at times sharing a practice with his father. He and his father were instrumental in expanding the scope of treatments administered by optometrists in Oklahoma. Every month for decades, Larry spent a day giving free eye exams and glasses to “Neighbor for Neighbor” recipients. Larry had a lifelong love of aviation, beginning with a tour in the Air National Guard. In his 40s, he earned his multi-engine pilot’s license and launched a second career running a private air charter. He would say he enjoyed nothing more than flying through the clouds on his way to clear blue skies. In his later years, he kept close to airplanes as “Blue Suede Shoe” volunteer at the Memphis airport, where he assisted Make-a-Wish families with their travels. He was honored by the Make-a-Wish foundation as “Volunteer of the Year” for that work. Larry received a well-earned nickname “Dr. Ordeal” — as most endeavors became an adventure — a trait that often initially infuriated, but ultimately endeared him to those around him. Whether he was piling a crowd into his VW bus for a 15-hour drive to ski, around the corner for a Slurpee, taking the Romeos to Lenny’s, or any out-of-town guest to the Bass Pro Shop to admire the elevator, he was always surrounded by family and friends living up to his mantra: “The more the Larry-er”. The adventure kicked into high gear when he met the woman who could keep up with him (and keep him in check), Joy. Always along for the ride his four children: Wendy (Tom Markarian), David (Amy Wilk), Daniel, and Heather (Richard Ellis), as well as his stepchildren Ken and Jill Steinberg, Lisa Steinberg, David Steinberg and Heather Murphy and their children, Cooper Wilk, Hudson Wilk, Jake Markarian, Corey Steinberg (Eleanor and son Dylan) Eli Steinberg, Jordan Levi, Cara Levi, and Ryan Steinberg, as well as Larry’s circle of friends that never stopped growing following his move back to Memphis. The family asks that any remembrances be directed to the Make-a-Wish foundation.

Larry Mayer Wilk passed away on November 10, 2021. He was 87 years old. He is survived by his loving wife Joy and his children, grandchildren and great-grandchild. It wouldn&#8217;t be a Larry story if we got right to the point &#8212; so more... View Obituary & Service Information

The family of Dr. Larry M. Wilk created this Life Tributes page to make it easy to share your memories.

Send flowers to the Wilk family.