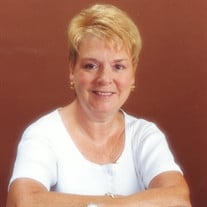 Lea Neal Rose, 76, of Memphis, TN, passed away on February 5th after several years battling Alzheimer’s. Lea was born on December 3, 1943 in Berry Alabama. She was raised in Memphis, TN and was a member of the first graduating class of Overton High School. After high school, Lea studied for several years at University of Memphis before marrying her first husband, Donald Earnest. In 1973, Lea began working for FedEx in the Flight Operations organization. Lea was proud to be the 394th person hired at FedEx and she remained in Flight Operations at FedEx for 25 years. In 1990 she married the love of her life, William Rose. Lea and Bill enjoyed a secondary residence in Heber Springs, AR where they spent their time hosting friends and family on long weekends of boating and ATV trail riding. When Lea retired from FedEx in 1998, she and Bill moved their primary residency to Heber Springs where Lea became licensed as a court appointed special advocate (CASA) for Heber Springs Child Services. She was passionate about the protection, safety and care of children and volunteered full-time as an advocate until 2003 when she returned to Memphis. Upon returning to Memphis, Lea quickly found another opportunity to aide in the care of children at Ronald McDonald House. Lea volunteered at the house twice a week from 2003 to 2015. Working with the families at the house was important to her and she remained in touch with several of the families for many years. Lea is preceded by her husband William Rose, and her parents Latham and Irene Neal. She is survived by her daughter, Lisa Landman, grandson Robert Landman, son-in-law David Loges, stepdaughter Dee Zaffino and stepson Craig Rose. The family can’t express enough it’s gratitude for the wonderful caregivers at Ave Maria and also her personal caregiver for the past 5 years, Linda Rines, who made all the difference in the world. Visitation will be 10:00-11:00 am Saturday February 29, 2020 with a memorial service to follow at 11:00 am at the Methodist Hospice Residence Chapel, 6416 Quince Rd, Memphis, TN 38119. The family requests donations to Ave Maria or Ronald McDonald House in lieu of flowers.

Lea Neal Rose, 76, of Memphis, TN, passed away on February 5th after several years battling Alzheimer&#8217;s. Lea was born on December 3, 1943 in Berry Alabama. She was raised in Memphis, TN and was a member of the first graduating class... View Obituary & Service Information

The family of Lea Neal Rose created this Life Tributes page to make it easy to share your memories.

Send flowers to the Rose family.