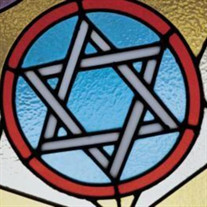 Leo D. Feder, Jr. June 25, 1924 – November 25, 2021 Leo D. Feder, Jr, 97, of Memphis, Tennessee, died on Thursday, November 25, at home. He is survived by his children, David Feder (Karen) of Louisville, Kentucky and Sheri Lynn Feder of Memphis, Tennessee, as well as grandchildren, Ari and Orli Feder. He was preceded in death by his parents, Leo D. Feder, Sr and Minnie Feder, his brother, Harold S. Feder, and his beloved wife, Gloria W. Feder. He was a lifelong member of Temple Israel. Leo served in the United States Army Air Corps during World War II and graduated from Memphis State University. He spent his adult life in sales, retiring as a sales representative for Countess Mara neckwear. He had an enduring love for automobiles and clothing, enjoyed working in the yard and tinkering with the tools in his shop. Over the years he attracted friends from all over town through his morning or afternoon coffee spots. He had a winning smile, a warm personality, a good heart, and a life force that few could equal. He was a devoted son, loyal brother, adoring husband, and loving father and grandfather. His absence will be felt by all who knew him. In lieu of flowers donations may be sent to Memphis Humane Society or Memphis Jewish Family Service.

The family of Leo David Feder Jr. created this Life Tributes page to make it easy to share your memories.

Send flowers to the Feder family.