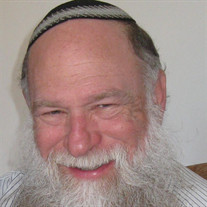 Leonard Alan Lubin, who died Friday at age 67, knew more than anyone that life was meant to be enjoyed. Whether flying down a ski slope with arms akimbo and his big white beard flapping in the breeze or turning flips on the dance floor to celebrate his childrens’ weddings, he relished it all. A connoisseur of Jack Daniels and founder of the Baron Hirsch Synagogue Kiddush Club, he was devoted to his family and to the Memphis Jewish community that was his wider family, serving on the Baron Hirsch board and working hard to establish Camp Darom, a summer camp for Jewish children. He was a supporter of the Kollel Torah Mitzion in Memphis from its inception always being found learning together with its members. A lover of all music, he boogied with the gusto he brought to everything he did, and also served as manager of the blues band Prince Gabe and the Millionaires. He was a lifelong friend and supporter of the late Teenie Hodges. Mr. Lubin attended the University of Iowa and was a Hawkeye cheerleader. Later, while running the White Way Pharmacy in mid-town, he invented the famed Memphis “Ramesses Float”, a giant root beer float with whip cream on the glass in the shape of a triangular beard. In his later years, he worked at the Medicine Shoppe as a pharmacy technician. He was an avid member of the White Way Sluggers softball team and afterward as part of the Baron Hirsch team. He and his late wife (of 45 years), Deanna Radin Lubin, were high school sweethearts who shared deep love for their family, for the state of Israel, and for each other. Together, they made a home widely known for its friendliness, openness and generosity. He is survived by his children, Yedida Lubin and Avi Rosenschein of Jerusalem and their children Tzvi and Adi; Chaim and Tanya Lubin of Chicago and their children Orli, Noam and Kira, and Bracha and Micha Hyman of Nachliel and their children Zahava, Elisheva, Nechemya, Emuna and Hillel; and his brother, Steve Lubin of Memphis. Funeral service will be at 10 a.m. Monday, October 31, at the Sam Abraham Chapel in Baron Hirsch Cemetery.

Leonard Alan Lubin, who died Friday at age 67, knew more than anyone that life was meant to be enjoyed. Whether flying down a ski slope with arms akimbo and his big white beard flapping in the breeze or turning flips on the dance floor to celebrate... View Obituary & Service Information

The family of Leonard Alan Lubin created this Life Tributes page to make it easy to share your memories.

Send flowers to the Lubin family.