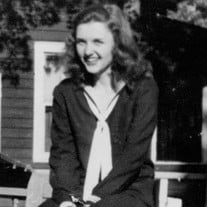 Lucy Wooten Turnbull, 94, died peacefully at Allen Morgan Nursing Facility. She was born on June 17, 1925 in Memphis, Tennessee to Annie Mae Wooten and Jesse D. Wooten. She entered God’s Kingdom on Saturday, October 19th. During her early years, she lived in Senatobia, Mississippi, Tunica, Mississippi and Memphis. A graduate of St. Mary’s Episcopal School, she attended Randolph Macon Women’s College in Lynchburg, Virginia and Boston City College in Boston, Massachusetts. She was a member of the Junior League of Memphis, where she served for many years as a loyal volunteer of the Junior League Thrift Shop. She was a also a member of the Tuesday Study Club, the PEO Sisterhood, King’s Daughters, the Woman’s Exchange and the American Needlepoint Guild. She was a member of Calvary Episcopal Church where she served as President of the Women of the Church from 1965-66 and was a frequent worker for Calvary’s Lenten Waffle Shop. She was predeceased by her parents, her brother Jesse Andrew Wooten, and her husband of 59 years, Dr. Steve H. Turnbull. She is survived by her four children, Stephanie Cheney (the Rev. Reynolds, deceased) of Memphis, Lucia King (Bill King) of Luray, Virginia, Jessica Buchignani (Dr. Joe, deceased) of Williston, Tennessee, and Peter Turnbull (Vivi Spicer) of Silver Spring, Maryland. She is also survived by her two grandsons, Brian Helm (Susan Brindley) and Ben Helm (Mark Jones). The family wishes to thank the staff of Attendant Care Services for their care over the years, her attendants Willie Mae Fleming and Georgia Kizer, as well as Nurse Lorraine Bell and all the staff of Allen Morgan Nursing Home. The Burial Rites will be held at Calvary Episcopal Church, 102 N. Second Street, on Saturday, October 26, 2019 at 11 a.m. followed by a reception and visitation in the Great Hall. In lieu of flowers, the family requests that memorials be sent to Calvary Episcopal Church, Memphis Botanic Gardens, or the charity of one’s choice.

The family of Lucy Wooten Turnbull created this Life Tributes page to make it easy to share your memories.

Send flowers to the Turnbull family.