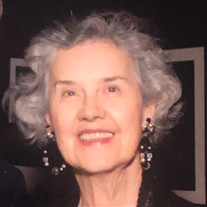 A woman of exceptional talents, Lynne Jordan Turley was a gifted musician, an innovative educator and an independent spirit. She will be remembered by her family and many friends for her wisdom, grace and total fearlessness. To say she was a strong woman would be an understatement. “Lynne was confident in who she was and her ability to accomplish anything,” said her husband and partner of more than forty years, real estate developer Henry Turley. Born Martha Lynne Jordan on July 15, 1941, she grew up in the small town of Selmer, Tennessee, in a household filled with music, tolerance, and loving parents and grandparents. She attributed her self-confidence and progressivism to that powerful combination. Her parents, Tedford and Louise Jordan, had a dry goods business, and sang and played music at their local church. Lynne was an accompanist for services as a young girl and went on to study piano at the St. Louis Institute of Music. She received her music degree and her master’s in Curriculum and Instruction from the University of Memphis. Lynne began teaching at the Memphis City Schools in 1963. In the early sixties, she was part of a team of six teachers selected by the Memphis City Schools to create a new music curriculum. Through the largest federal grant ever given to an enrichment program, they launched the city’s Orff Music Program, a groundbreaking curriculum that incorporated African-American folk music. Intimately involved in the process of school integration, Lynne became an activist for desegregation. She once recalled for an interviewer the experience of singing “We Shall Overcome” at a gathering at South Memphis’ Lincoln Elementary in the wake of Martin Luther King’s death. “We just sang it over and over,” she said, tearing up. “There were verses I’d never even heard . . . It was a blessing to be in that situation.” In the 1970s, still a teacher in the city schools, Lynne produced and hosted a series of early childhood education programs. The first was a popular music education program on WKNO-TV. She followed that with two programs with broader content: Sneakers, a learning adventure, on Channel 5 and Pass it On, which she co-hosted with musician Michael Allen. A landmark in local television, Pass it On was one of the first children’s education programs with a racially mixed co-hosting team. Lynne taught in the city schools for 22 years. Then, in 1988, she moved to New York to work for the educational arm of the international publisher McGraw-Hill. When she returned to Memphis in 1996, she continued to study jazz piano, remained politically active and taught yoga. Always a beauty, she played the older love interest in Craig Brewer’s Resolutions of a Complacent Man (2004), an indie short film. In her later years, as a resident of the South Bluffs community, she was a beloved yoga instructor, friend to many and always the first to sit down at a keyboard. Lynne died peacefully at her home in Memphis, Tennessee on April 22, 2021. Pre-deceased by her parents and her brother Larry Jordan, Lynne is survived by her husband Henry M. Turley, Jr. of Memphis; brother- and sister-in-law Calvin J. Turley and Louise Turley of Memphis; nephews Alex Turley of Memphis, and Rayner Turley of New York, NY; niece Lyda Turley of Nashville, TN; grand niece Evie Turley and grand nephew Owen Turley. There will be a private graveside service for the family. Donations in Lynne’s memory can be sent to Memphis Jazz Workshop PO Box 11461 Memphis, TN 38111

A woman of exceptional talents, Lynne Jordan Turley was a gifted musician, an innovative educator and an independent spirit. She will be remembered by her family and many friends for her wisdom, grace and total fearlessness. To say she was a... View Obituary & Service Information

The family of Lynne Jordan Turley created this Life Tributes page to make it easy to share your memories.

A woman of exceptional talents, Lynne Jordan Turley was a gifted...

Send flowers to the Turley family.