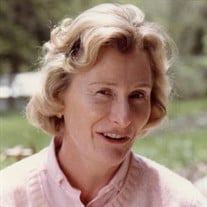 Obituary for Margaret McFarlan Schulz Margaret McFarlan (“Peg”) Schulz, beloved wife, mother, grandmother, sister, aunt, and friend, died on December 22, 2020, at the Village of Germantown, surrounded by her family. Peg was born on December 2, 1927 in Cincinnati, Ohio to Powell and Hazel McFarlan. She grew up in Ft. Thomas, Kentucky with her two brothers, Jimmy and Bobby, and the three of them graduated from Highlands High School. Peg attended Duke University and after graduation taught school in Cincinnati. It was there that she met the love of her life, Rudy Schulz, a young engineer with Proctor & Gamble. They were married 69 years until Rudy died on July 15, 2020. Peg and Rudy settled in Memphis in 1958 with their two sons, Randy and Tim. Their daughter Nancy was born a couple of years later and baptized at Holy Communion Church, where Peg and Rudy were lifelong members. Peg was active in many ministries at the church, including the Altar Guild and Kings Daughters. Peg spent many hours as a campaign worker for the Republican party to make Tennessee a two-party state, helping elect Howard Baker to the U.S. Senate in 1966 and Winfield Dunn, their friend and Memphis dentist, governor in 1970. Peg was active in the community as chair of the cookbook committee at the Woman’s Exchange, a deliverer of Meals on Wheels for eight years for MIFA, and a docent at the Dixon Gallery and Gardens. She was a leader in mental health serving as a member of the state Board of Mental Health and Retardation, the Memphis Mental Health Institute Board of Trustees, and the board of the Northeast Community Health Center. She enjoyed her weekly bridge club with her closest and lifelong friends, going to the cabin with the yellow mailbox on Pickwick Lake with her family, attending McFarlan family reunions at various state parks, and taking her three children in the blue station wagon to all their activities. Peg is survived by her children, Randy, Nancy and Tim, their spouses, Alex Ennever and John Oglesby, and her grandchildren, David and Will Oglesby, and Nick, Derek, and Lizzy Schulz, and their spouses, Lauren Rustowicz and Masako Otsuki. She was predeceased by her grandson Robby Schulz. A memorial service will be held at a later date. In lieu of flowers, the family requests that a donation be made to the Church of the Holy Communion or to a charity of the donor’s choice.

The family of Margaret Ann McFarlan Schulz created this Life Tributes page to make it easy to share your memories.

Send flowers to the Schulz family.