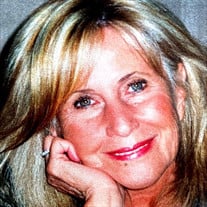 Marilyn Strauss Kosten, 84, passed away February 11, 2022, after a brief illness with her family by her side at Baptist East Hospital. She was born July 2, 1937, to Hilda (Richter) and Sol Strauss in Cleveland, OH. Raised in Cincinnati by Hilda and stepfather Harry Bartel, Marilyn graduated from Woodward High School. She then attended the University of Alabama, where she met the love of her life and future husband, the late Herbert Kosten of Memphis, TN. While at university, she was named Corolla Beauty Queen. Shortly after marrying, Herb and Marilyn moved to Memphis, where she began teaching grade-school, although her first love was fashion. She went on to work at Frances Wright, a prominent women’s clothing store in Midtown. When daughters Julie and Lori began competing in junior tennis tournaments, Marilyn saw a need for fashionable and functional youth tennis apparel. Jokingly called her “third daughter” by her friends and family, her business Little Miss Tennis was born in 1973 in her East Memphis home. A few years later, she expanded the enterprise into boys’ tennis wear and the company became Little Miss Tennis / TV Sports. Marilyn’s clothes were found in prominent fashion stores such as Bloomingdales, Saks Fifth Avenue, Lord and Taylor, Neiman Marcus, Bergdorf Goodman, and most of the finest tennis shops, boutiques, clubs, and resorts around the world. She found it quite exciting to tour the tennis circuit, seeing her designs worn by her daughters and the top junior players in the country. Marilyn designed the pinafore tennis dress, the first of its kind, which was famously worn by Tracy Austin in September 1977 during her US Open debut. The dress, complete with its signature ball pocket, is on permanent display in the International Tennis Hall of Fame in Newport, RI. Marilyn went on to acquire the U.S. license for Wimbledon girls and boys clothing. A legendary icon of Memphis fashion, Marilyn’s accomplishments included receiving the Key to the City of Memphis and induction into the Memphis Fashion Hall of Fame. Her favorite pastimes were watching basketball, especially the Memphis Grizzlies, the University of Memphis, the University of Alabama, and men’s and women’s professional tennis. She was also known for her love of game shows. Marilyn lived an extraordinary life and did so on her own terms. She was very generous with her family and friends. Marilyn and Herb along with Alan Kosten provided funding for the Kosten Tennis Center at the Memphis Jewish Community Center. A while after Herb’s passing due to pancreatic cancer, her daughter Julie introduced Marilyn to Frank Saitta, her partner for the final 15 years of her life. Her greatest pleasure was spending time with her family — whether at the dinner table, around the TV, shopping, or on the phone. Marilyn is predeceased by her husband Herb, mother Hilda Bartel, father Sol Strauss, and stepfather Harry Bartel. Surviving her are daughters Julie Kosten, and Lori Kosten Goldberg and her husband Jeﬀrey; grandchildren Alex Nahon and wife Charlotte, Carly Nahon, and Kosten Goldberg; brother-in-law Alan Kosten and wife Susan; half brother Martin Strauss and wife Arla; and life partner Frank Saitta. The funeral service will be held at 2 pm on Tuesday, February 15, 2022 at the Baron Hirsch Cemetery, 1499 Rozelle St, Memphis, TN 38106. In lieu of flowers, the family requests gifts in her memory to the Kosten Foundation for Pancreatic Cancer Research at kostenfoundation.com.

Marilyn Strauss Kosten, 84, passed away February 11, 2022, after a brief illness with her family by her side at Baptist East Hospital. She was born July 2, 1937, to Hilda (Richter) and Sol Strauss in Cleveland, OH. Raised in Cincinnati by Hilda... View Obituary & Service Information

The family of Marilyn S. Kosten created this Life Tributes page to make it easy to share your memories.

Send flowers to the Kosten family.