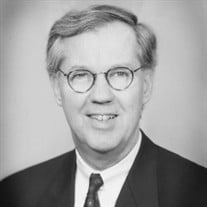 Martin (Marty) E. Gorman, Jr., passed away peacefully December 5, 2020 in Memphis, TN at the age of 79. He was preceded in death by his parents, Martin and Alice (Hannegan) Gorman; his sister Nancy Hughes and nephew John Robert Gorman, Jr. He is survived by his brother, John (Susie) Gorman of St Louis, MO; nephews J. David Flynn of Key West, FL, Chris (Whitney) Gorman of Atlanta, GA; and niece Anne (Brian) Evert of St Louis. Marty graduated Washington University School of Architecture and started his career in Memphis in 1965, working for architect Al Aydelott. In 1967 he joined the Walk C. Jones Firm, where he worked on many projects including iconic Memphis buildings designed by the firm during the 70s, 80s and 90s, including the Southern College of Optometry, Commercial Appeal Building, Baptist School of Nursing, and Holiday Inn Corporate Headquarters. In the mid-1990s Marty became the Design Principal for the firm (then known as TRO Jung/Brannen) and served as Lead Designer on many projects throughout Memphis (including the MATA South Intermodal Terminal and the Salvation Army Kroc Center), around the country and internationally. Marty was a member of the American Institute of Architects. Marty was deeply dedicated to the Memphis community and in his retirement, he served as President of Memphis Heritage and co-edited "A Survey of Modern Public Buildings" for AIA Memphis. He was a true modernist and also a committed preservationist, understanding the value of the adaptive reuse of structures. In addition to his professional accomplishments, Marty will be remembered as an inspiring mentor and a good friend to many. Services: There will be a private burial service at Calvary Cemetery in St. Louis and a memorial service in Memphis to be held at a future time. At Marty’s request, kindly direct donations to Memphis Heritage, Inc., 2282 Madison Avenue, Memphis, TN, 38104.

Martin (Marty) E. Gorman, Jr., passed away peacefully December 5, 2020 in Memphis, TN at the age of 79. He was preceded in death by his parents, Martin and Alice (Hannegan) Gorman; his sister Nancy Hughes and nephew John Robert Gorman, Jr. He... View Obituary & Service Information

The family of Martin "Marty" Emerson Gorman Jr. created this Life Tributes page to make it easy to share your memories.

Send flowers to the Gorman family.