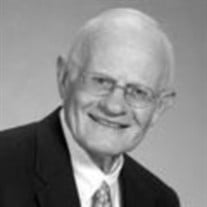 Maurice Wexler died on August 24, 2021 in Memphis, Tennessee at the age of 89. He is survived by his wife Alice; his children Michael (Kathy) Wexler, Jonathan (Nicole) Wexler of Denver, Colorado; his grandchildren Mia, Mollie, Jake and Kate; his brother Charles Wexler and cousins Stanley Starr and Elaine Starr Roth. He was preceded in death by his parents Stella Benovitz Wexler and Jacob J. Wexler, his brother Morton Fisher and cousin Decie Starr Blitz. Maurice was born in Denver in 1931 and moved to Memphis at a young age to be raised by family after losing both parents to illness. He graduated from Central High School before earning an undergraduate degree from the University of Colorado at Boulder. After college, Maurice served in the Counterintelligence Corps of the U.S. Army during the Korean War and then worked for Goodyear in Waukegan, Illinois. While working at Goodyear during the day, he attended law school at night at Loyola University Chicago. After law school he was recruited by his mentor and close friend Lewis Donelson to move back to Memphis to begin what would become a distinguished 55-year law career. Maurice concentrated his practice in labor and employment law as well as general business litigation. He was one of the founding shareholders of Baker Donelson and served in many leadership roles in the firm over the years, including a term as its CEO. Maurice was selected by his peers each year for more than a decade for inclusion in Best Lawyers in America and for inclusion in Mid-South Super Lawyers. He is a Fellow of the College of Labor and Employment Lawyers and served as President of the College in 2009. Maurice is also a Fellow of the Memphis, American and Tennessee Bar Foundations and is Master Bencher of the Leo Bearman Sr. Inns of Court. In 2006, members of the Equal Employment Opportunity Committee of the American Bar Association’s Section of Labor and Employment Law established a fund honoring Maurice at the National Civil Rights Museum in Memphis, where Maurice had been a long-time member of the Board of Directors. In 2001, the President of the American Bar Association named Maurice a member of the board of the ABA Center for Human Rights. Additionally, he was recognized with the “Pillars of Excellence” award by the Law Chapter of the University of Memphis Alumni Association in recognition of his service to the profession and the community and his leadership roles in the legal and civic spheres. In 2017, Maurice was the recipient of the Judge Jerome Turner Lawyer's Lawyer Award by the Memphis Bar Association. Maurice was a staunch believer in justice and equality and earned the respect of both colleagues and adversaries. He served as a mentor to many and touched numerous lives through his integrity, humility, wisdom and professionalism. Known for his expertise in the field of employment law, Maurice was published in various law publications and frequently spoke both in Memphis and around the country. After retiring in 2018, Maurice continued to share his expertise, serving as assistant producer of “The 1968 Memphis Sanitation Strike – Its Place in Labor Law”. Throughout his life Maurice was invested in the Memphis community. He served on the Board of Directors of the Memphis Metropolitan YMCA, was an adjunct professor at the University of Memphis’ Cecil C. Humphreys School of Law and a longtime member of the Board of Directors of the National Civil Rights Museum. In 2006, members of the Equal Employment Opportunity Committee of the ABA Section of Labor and Employment Law established a fund honoring Maurice at the National Civil Rights Museum in Memphis. He was also a longtime member of Temple Israel. Despite all of his success in business, Maurice’s greatest enjoyment came from his family. Everyone who knows Maurice is aware of his eternal devotion to Alice in helping her cope with the challenges of multiple sclerosis. Maurice absolutely doted over his four grandchildren and his love was reciprocated as each enjoyed a special relationship with Grandpa. Whether it was attending one on Mollie’s tap performances or one of Kate’s softball or volleyball games in Memphis or spending time with Mia and Jake in the mountains of Colorado, Maurice was happiest when he was with his family. The family is grateful beyond measure to Maurice’s friends and colleagues from around the country for their friendship, support, prayers, and love. Messages of condolence may be sent to The Wexler Family at 745 West Suggs Drive, Memphis TN 38120 or emailed to [email protected] In lieu of flowers, the family has asked that donations be made to the National Multiple Sclerosis Society, National Civil Rights Museum or Temple Israel General Fund.

Maurice Wexler died on August 24, 2021 in Memphis, Tennessee at the age of 89. He is survived by his wife Alice; his children Michael (Kathy) Wexler, Jonathan (Nicole) Wexler of Denver, Colorado; his grandchildren Mia, Mollie, Jake and Kate;... View Obituary & Service Information

The family of Maurice Wexler created this Life Tributes page to make it easy to share your memories.

Send flowers to the Wexler family.