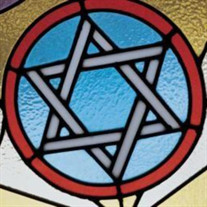 Dr. Maury Bronstein passed away peacefully on May 31 at the age of 95. Born and raised in Memphis by his parents, Dr. Jacob and Betty Bronstein, he graduated from Central High School in December 1943 in order to enlist in the Aviation Cadet program of the Army Air Corps. He then attended Tulane University, and in 1951 received his Medical degree from the University of Tennessee Medical School. After completing an internship at Jefferson Davis Hospital in Houston TX, where he would meet his future wife Mary Conklin, a nurse in the emergency room, he accepted a residency in Internal Medicine at Charity Hospital in New Orleans. He then returned to Memphis in 1955 to begin his medical practice with his father. His entire 50 year medical career was centered around Baptist Memorial Hospital, where he served as Chairman of the Department of Medicine, Chief of Staff, and President of the Medical Staff. He was a leader in bringing a Coronary Care Unit to Baptist Hospital, the first such unit in the Mid-South, refining the treatment of heart attacks. In its first two years, beginning in 1966, the in-hospital mortality rate dropped from 33% to 15%. He was appointed to the teaching staff at the University of Tennessee Health Science Center in 1955, and was Clinical Associate Professor of Medicine when he retired from practice in 2006. Dr. Bronstein was a life member of the American Medical Association, as well as a member of the Memphis and Shelby County Medical Society, serving as managing editor of the Memphis Medical Journal in the late 1950s. He was also a member of the Tennessee Medical Association, and was awarded its 2009 Outstanding Physician award for his tremendous impact on medicine in Shelby County. He was a member of the American College of Physicians, and the American Society of Internal Medicine. He was a past President of the Memphis Academy of Internal Medicine and the Memphis Heart Association. In 1989, he was honored with the Maury W. Bronstein Chair of Excellence in Cardiovascular Physiology at UTHSC, and in 1998, the Baptist Hospital Medical Library was renamed the Maury Bronstein Health Sciences Library, now the premier medical resource library in this region. He was the first recipient of the Award of Distinction for Emeritus Physicians, established in 2006 by the Baptist Memorial Healthcare Foundation to honor physicians who have exhibited consistent excellence in patient care and service to the community. He served on the Board of Directors of the Memphis Jewish Home and Rehabilitation Center, the Baptist Memorial Hospital Healthcare Foundation, and the Church Health Center, where in 2011 he was honored with the Charles Freeburg Award for his dedication to its activities and mission. In 2017, Church Health honored him once again by adding his name to an area of patient exam rooms at Crosstown Concourse. He was a lifelong member of Temple Israel and served on its Board of Trustees. He was preceded in death by his wife, Mary, of 63 years, and his sister Bobbye Weinberger. He leaves his son Paul Bronstein, two daughters Diane Halperin (Mark) and Susan Woodman (Dr. George), and two grandchildren, Jacob Woodman and Rachel Woodman. A graveside funeral service will be held at the Temple Israel Cemetery, 1708 Hernando Road, at 3pm Wednesday June 2nd, with a reception afterwards at Temple Israel Synagogue, 1376 East Massey Road from 4:30 til 7pm. In lieu of flowers, the family requests any memorials be sent to the Baptist Memorial Healthcare Foundation, 350 N Humphreys Blvd, Memphis 38120, Church Health, 1350 Concourse Avenue Suite 142, Memphis 38104, Temple Israel, 1376 East Massey Rd, Memphis 38120 or the Memphis Jewish Home and Rehab, 36 Bazeberry Rd, Cordova 38018.

Dr. Maury Bronstein passed away peacefully on May 31 at the age of 95. Born and raised in Memphis by his parents, Dr. Jacob and Betty Bronstein, he graduated from Central High School in December 1943 in order to enlist in the Aviation Cadet... View Obituary & Service Information

The family of Dr. Maury Bronstein created this Life Tributes page to make it easy to share your memories.

Dr. Maury Bronstein passed away peacefully on May 31 at the age...

Send flowers to the Bronstein family.