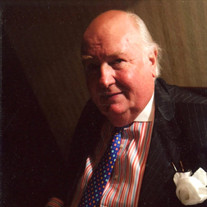 Michael Evarist O’Neill obituary Memphis Michael Evarist O’Neill, 74, passed away on Friday, January 3, 2020. He was born in County Tipperary, Ireland on October 26, 1945 to William and Mai O’Neill. He graduated from Mungret College, a Jesuit boarding school, and later attended Trinity College, Dublin. He worked in the money markets in London and was later transferred to New York City in 1975. His last position was as a senior executive at JPMorgan Chase. While in New York he met and married Anne Cunningham from Memphis who was working at the United Nations. They married in 1985, had one beloved daughter, Ralston, who they raised in New York City, and later retired to Memphis in 2004. Evarist was preceded in death by his parents and his dear younger sister, Marie O’Neill. He leaves behind his devoted wife of 35 years, Anne, his daughter Ralston (Matt Cohen), grandson James, and three brothers, John (Dillie Keane) and Frank of Stratton Audley, England and Finbarr (Marie) of County Cork, Ireland as well as nine nieces and nephews. Here at home, Evarist was a member of the Memphis Country Club. He enjoyed happy summers on Cape Cod where he was a member of the Wianno Yacht Club and The Beach Club. Evarist will be remembered by his friends as fun-loving, kind, generous and as a distinctly “old world” gentleman. He took great pride in his Irish heritage but deeply loved the United States. As one of his many Memphis friends said to his wife Anne, “thank you for bringing that lovely Irishman into all of our lives.” The visitation will be at Canale Funeral Directors from 5:00 to 7:00 pm on Friday, 10 January. Following a private family burial in Memorial Park, the funeral service will be held at 2.00 pm, Saturday, January 11th at St. Mary’s Episcopal Cathedral, 700 Poplar Avenue. The family would like to express their gratitude to his dedicated doctor at Methodist University Hospital, Dr. Benedict Maliakkal and his nurse Annette Singleton. The family requests that any memorials be sent in Evarist’s name to the Humane Society of Memphis and Shelby County or to the charity of one’s choice. Please think of him with a random act of kindness.

The family of Michael Evarist O'Neill created this Life Tributes page to make it easy to share your memories.

Send flowers to the O'Neill family.