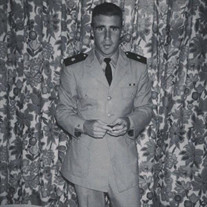 Michael Willard Plunkett passed away at the age of 74 on Wednesday, November 20, 2019 at Baptist Reynolds Hospice House in Collierville, TN after battling complications with cancer. He was born on June 11, 1945 and raised in Weedsport, NY. After graduating from college, he began his aviation career in 1968 by joining the United States Navy with cruises on USS Independence flying the E-2 Hawkeye. In the spring of 1974, Mike received his DA-20 Falcon type rating at the Federal Express VA Flight School and there he started his career as an Airline Pilot at what we all know now as FedEx. Throughout his career Mike continued to be involved in the training department; starting as a ground school instructor and continued to follow his passion for teaching as a simulator instructor on every aircraft he flew. After retirement from actively flying in 2005 due to age requirements, he continued to be a simulator instructor on the DC-10 until “fully retiring” in 2007. Mike was very active, you could always find him swimming at Greer’s Ferry Lake, Arkansas or exploring the Adirondack Mountains of New York State. Mike also played indoor and outdoor soccer in an adult league in Memphis, where he met many of his friends. Mike spent many days of his life with friends and family snow skiing in mountains of Colorado. To the end, Mike continued his sense of humor and quick wit. Many say his timing was absolutely spot on for a good laugh. He’s touched so many people in the journey of his life. Mike is survived by his brothers George Plunkett (Amherst, NY), Kevin Plunkett (Haymarket, VA), and his sister Nancy Plunkett (Orange, VA), Mike’s son from his first marriage, Brian Plunkett with grandchildren Annslee & Ayden Plunkett (Olive Branch, MS), Mike’s wife Linda Plunkett and several cousins and extended family. Mike’s family invites you to his services on Sunday, December 1, 2019 at 3:00PM at Canale Funeral Directors,2700 Union Avenue Extended, Memphis, TN 38112

Michael Willard Plunkett passed away at the age of 74 on Wednesday, November 20, 2019 at Baptist Reynolds Hospice House in Collierville, TN after battling complications with cancer. He was born on June 11, 1945 and raised in Weedsport, NY. After... View Obituary & Service Information

The family of Michael Willard Plunkett created this Life Tributes page to make it easy to share your memories.

Michael Willard Plunkett passed away at the age of 74 on Wednesday,...