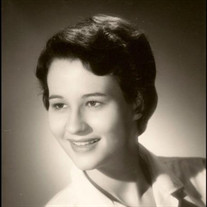 On Friday, October 23, 2020, Myra Slater Stiles, loving wife and mother of three children and four grandchildren passed away in Memphis, TN at the age of 84. Myra had a sudden diagnosis of aggressive lung cancer. She was in the hospital for a short period of time and moved swiftly and peacefully to her passing. Her children were with her at the end. Myra was preceded in death by her husband of 55 years, Robert Neal Stiles, and survived by their children, Allison Stiles (Rob Cohn), Sarah Foster (Glenn Foster), Robert Stiles (Katherine Miller), and grandchildren, Emily, Kat, Eryn and Ian. Myra was born to Marvel Haddox Slater and Charles Slater in Parkersburg, West Virginia in 1936. She was the oldest sibling and had three brothers; Charles, Richard, and Robert. Myra moved from West Virginia to Columbia, Missouri to attend the University of Missouri where she received a BA of Journalism and MA in English. It was there she met her future husband Robert (Bob) Stiles. Myra and Bob were married in 1959 in Cincinnati, Ohio. Allison was born in Columbia, Missouri. After college Myra worked as a high school journalism teacher and a publishing proofreader. They lived in Evanston, Illinois and Indianapolis, Indiana where Sarah was born before moving the final time in 1968 to Memphis, Tennessee where Rob was born. The family moved to Memphis a month after the killing of Martin Luther King, and the events of that year compelled her to work in support of the democratic process and in local Democratic politics. She began working with the Volunteer Women’s Roundtable, the campaign of Harold Ford Sr., as well as for Bill Farris who was centrally involved in Tennessee Democratic politics. She transitioned to working full time for the law firm of Farris, Hancock, Gillman, and in addition to being a wonderful mother she went on to being an officer, president, and treasurer of the Democratic Women of Shelby County, positions with the Shelby County Democratic Executive Committee, and offices including President of the Tennessee Federation of Democratic Women. Myra was active on the campaigns of Harold Ford Sr., Harold Ford Jr., Beverly Marrero, Mary Wilder, and numerous others on the national, state, and local levels. She attended four Democratic National Conventions and two presidential inaugurations. Myra’s belief in elections being the heart of the democratic process led her to become a member of the Shelby County Election Commission from ’87-’99, ’01-’03, and ’07-‘11 where she was Chairman from ‘07-‘09. Memphis mayor Jim Strickland proclaimed February 20, 2016 ‘Myra Stiles Day’ for her dedicated service to the city and citizens of the city. Since 2003 Myra has been an active member of Mothers of the NILE whose mission is to reduce the number of children entering the juvenile justice system. Myra loved politics, support of her fellow women, and the democratic electoral process. She came to be known as one who knows the rules and does the job right without fanfare and little publicity. Her faith in democracy never wavered. There will be a private burial on October 28 handled by Canale Funeral Directors, and a memorial on Saturday, November 7. Contact Canale Funeral Directors for more information. In lieu of flowers consider a donation to the Myra C. Stiles Scholarship Foundation of the Democratic Women of Shelby County or to the charity of your choice. Check to: Democratic Women of Shelby County (DWSC) Memo: Myra C. Stiles Scholarship Foundation PO Box 772311 Memphis, TN 38177

On Friday, October 23, 2020, Myra Slater Stiles, loving wife and mother of three children and four grandchildren passed away in Memphis, TN at the age of 84. Myra had a sudden diagnosis of aggressive lung cancer. She was in the hospital for... View Obituary & Service Information

The family of Myra Slater Stiles created this Life Tributes page to make it easy to share your memories.

Send flowers to the Stiles family.