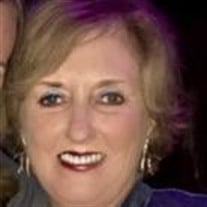 Nancy Carol Willis entered heaven on Monday, December 13, 2021, after a truly full and remarkable life. She was born in Roanoke, Virginia, and grew up in Radford, Virginia where she attended Campus School. She later moved to Bristol, Tennessee and lived there until moving to Memphis. She was a graduate of Virginia Interment College, East Tennessee State University and the University of Memphis. She began her career as a registered nurse and rapidly advanced in the healthcare industry by becoming a nursing supervisor, instructor and director of nursing and hospital education. At the time of her retirement, she was a vice-president at The Regional Medical Center, Memphis. During her tenure as education director, her department was cited by JCAH, the accrediting body for hospitals, as "the best education department they had visited nationwide." Educational materials from The Med's Education Department were circulated to hospitals across the country by JCAH examiners. Nancy was recognized as the driving force behind the recruitment, orientation and retention of 100 Filipino Nurses who served the Memphis community for many years, citing Nancy as their "forever" mentor and leader. She also worked diligently to establish the orientation to open the first Trauma Center in Memphis and the Mid-South in 1982. As vice president, she was responsible for the construction, staffing and interior design of the MedPlex, the ambulatory care arm of The Med. After retirement from The Med, Nancy accepted a position on Mayor Willie Herenton's board and was instrumental in grant coordination and re­development of the Lauderdale area housing project. Nancy owned Nancy Willis Interiors and was instrumental, with Lyman Aldrich, in renovating many downtown and midtown buildings. Her favorite design project was the award-winning renovation and conversion into condominiums of the art-deco Wm. Len Hotel. Community service was a hallmark of Nancy's life. She twice served as president of Central Gardens Association, was president for many years of Decorative Arts Trust of Memphis Brooks Museum of Art and served on many city committees and task forces at the request of the mayor and various councilmen. She also served on the boards of Playhouse on the Square, City of Memphis Health, Education and Housing Facility Board, PTSD­ ACED Board, Grace-St. Luke's Episcopal School and MIFA's Advisory Board. Additionally, she chaired or co-chaired many charitable events for Memphis non-profits. Although known for her community service, she was equally known for her social acumen in that she had countless friends and acquaintances of all ages and from all walks of life. Many of her friends stated that she knew and was known by "everyone in Memphis." Many of those enjoyed sharing her passion for the arts, food and cooking, travel and gardening. Her dinner parties were legendary, and she had a great love for animals and children. Nancy was known for her quick wit as witnessed by her love and repertoire of jokes, pranks, and roasts. This, another hallmark of her life, began in childhood and continued through pre-college years during which she was voted wittiest in her high school, having written a monthly humor column which was everyone's favorite. She had an uncanny ability and the perception to find the funniest greeting card or an item she heard someone mention or that she perceived one needed before they realized they needed it. Nancy was predeceased by her parents, Nannie and Robert Willis. She is survived by her adored partner, Angie Howard, and her chosen family which included a multitude of wonderful friends. Visitation will be held 5:00 -- 8:00 PM at Canale Funeral Home Thursday, December 16, 2021. Please join us to honor Nancy at a Celebration of Life on her birthday, Thursday, January 6, from 6:00 - 8:00 PM at the University Club of Memphis, 1346 Central Avenue.

Nancy Carol Willis entered heaven on Monday, December 13, 2021, after a truly full and remarkable life. She was born in Roanoke, Virginia, and grew up in Radford, Virginia where she attended Campus School. She later moved to Bristol, Tennessee... View Obituary & Service Information

The family of Nancy Carol Willis created this Life Tributes page to make it easy to share your memories.

Send flowers to the Willis family.