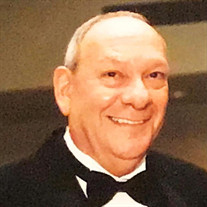 Natale Charles Tassinario, Jr. Natale Charles Tassinario, Jr. of Jacksonville Beach, Florida went to his forever home on December 13, 2021. Nat, as his friends called him, was born on January 15, 1939 in Memphis, Tennessee. He was the only child of Natale and Maria Tassinario. Nat attended the Cathedral of the Immaculate Conception Elementary School, Memphis Catholic High School, and the University of Memphis. He served in the US Army and was a drummer in the 24th Infantry Band stationed in Germany. Nat married Ann Poje Tassinario in Memphis, Tennessee on September 12, 1964. Nat was preceded in death by Ann on November 10, 2003. Nat had many interests and was fluent in Italian and French, and particularly enjoyed jazz, travel, and wine. He was an experienced sommelier and hosted a local radio program about wines. Nat delighted his family and friends with his wonderful stories and meals, including his renowned bolognese. Nat is survived by his three brothers-in-law and their spouses: Daniel and Stephanie Poje, Joseph and Elizabeth Poje, James and Eugena Poje, and his nieces and nephews, Agatha Ann and Scott Hedlund, James and Elen Poje, Elizabeth Poje, and Thomas and Lauren Poje. He is also survived by his close companion of many years, Cindy Smith of Jacksonville Beach, Florida. He was a communicate of Our Lady of the Sea Catholic Church, Ponte Vedra Beach, Florida. Nat, an employee at Broudy’s Liquor for over 20 years, will be greatly missed, but lovingly remembered by his family, friends, co-workers, patrons, and many acquaintances. May he rest in peace. The family offers their heartfelt thanks to everyone for their support during this emotional period. Memorial plans are pending and will be posted at a later date.

The family of Natale Charles Tassinario Jr. created this Life Tributes page to make it easy to share your memories.

Send flowers to the Tassinario family.